Johnson back on track with impressive KO 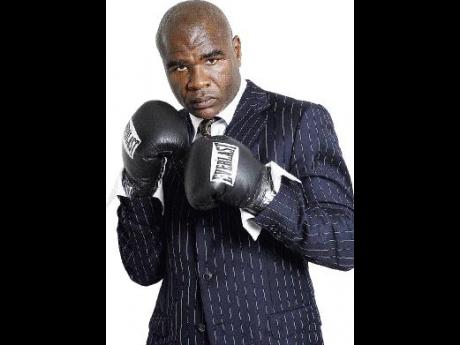 Veteran Jamaican light heavyweight boxer Glen Johnson 50-13-2 (34) wore down and knocked out his opponent Yusaf Mack 50-13-2 9 ( 17) three times in the sixth round of their International Boxing Federation (IBF) world title eliminator at the NSU Arena in Fort Lauderdale, Florida.

The 41-year-old Johnson is now expected to get a shot at the title against current holder Tavoris Cloud, 20-0 (18) after easily manhandling the younger Mack in what was a rescheduled bout.

After the fight, Johnson explained that he had some troubles during the early stages but managed to get more comfortable as the fight wore on. he was also happy to have been able to stick to his plan heading into the 12-round fixture.

"I felt tight the first couple of rounds but everything started coming together after that,'' Johnson said. "I knew he was going to box me. I just had to stay within my game plan.''

The fight was originally cancelled when André Berto, 25-0 (19), pulled out of his bout with WBA welterweight champion Shane Mosley, 46-5 (39), to assist the crisis in Haiti.

Johnson showed his intentions from the sound of the first bell and was quickly in the offensive, attacking Mack from all angles during the opening stages.

Mack managed to elude Johnson for much of the first two rounds, but the Jamaican continued to apply the pressure on his younger rival.

Things got more exciting in the fourth round when both fighters squared off in a toe-to-toe exchange that delighted the crowd. Johnson seemed to be enjoying the upper hand in the round, until Mack unleashed a flurry of late shots to remain in contention.

There was, however, no denying the former IBF light heavyweight champion in the following round, as he totally over-powered his opponent. The sixth round was no different as the bulky Johnson backed Mack into a corner with a flurry of heavy shots, including four consecutive left-handed jabs which were followed by a straight right hand that left Mack on the canvas.

This rocked the younger fighter, who abandoned his apparent counter-attacking game plan and tried to contain the bloodthirsty Johnson who was moving in for the kill.

With about half a minute to go before the end of the sixth round, Mack was taken out of his misery when Johnson made a solid right-hand connection; Mack was again on the mat.

To his credit, Mack attempted to continue, but was once again sent crashing to his knees when he was caught with a short weak left. The fight was waved off, giving the supposedly ageing Glen Johnson his 34th knockout.

Johnson's two losses in the past two years - both to American Chad Dawson - appeared to have sank his career, but he has not given up on his dream to reclaim a world 175-pound title.

He has been among the most prominent light heavyweights in the world this past decade - a three-time world title challenger before winning the IBF championship in February 2004, when he landed a 12-round unanimous decision over Britain's Clinton Woods.