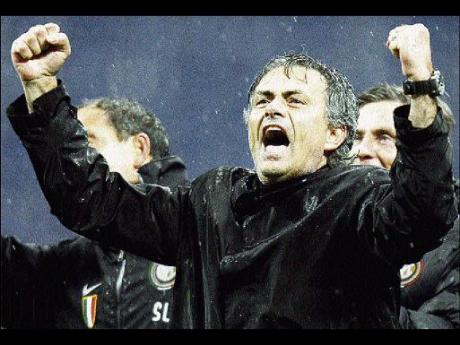 Goran Pandev, Walter Samuel and Diego Milito each scored to give Inter Milan a 3-0 victory at home to Cagliari on Sunday.

The win extends Inter's lead at the top of the table to 10 points after second-place AC Milan could only draw 0-0 away to Bologna.

Pandev struck in the sixth minute after Javier Zanetti's cross caused problems for Cagliari's defence. Samuel headed a second in the 20th and Milito scored his 14th of the season just after half-time.

Inter have 52 points and Milan 42. AS Roma who was scheduled to play Fiorentina in yesterday's late game are in third place on 41 points.

"This win against Cagliari is very important because it puts us 10 points above second place," Inter coach Jose Mourinho said. "Today, we started the match trusting in our offensive mentality. Cagliari isn't an easy team to play against and even when 2-0 up its players didn't collapse and tried to make chances, but we were solid and compact."

Cagliari players thought they had scored in the 35th minute, only for Alessandro Matri's shot to be ruled out for offside when replays indicated that Inter defender Davide Santon had the last touch.

AC Milan struggled to build momentum in the first half of their game at Bologna and lacked any continuity in their play. A long-range shot from Andrea Pirlo that went narrowly over the bar was the best that Milan produced in the opening 45 minutes.

Leonardo's side failed to find any more inspiration in the second half and even the introduction of David Beckham and Klaas Jan Huntelaar into the attack failed to provide any spark.

In injury time, Massimo Ambrosini headed against the Bologna bar from Amantino Mancini's cross, but Milan have now gone four games in all competitions since their last win.

"Today, I cannot criticise anyone," Milan coach Leonardo said. "We did what we had to do throughout the match. Our spirit was right, in fact it was better than it was in previous games. All we missed was a goal."