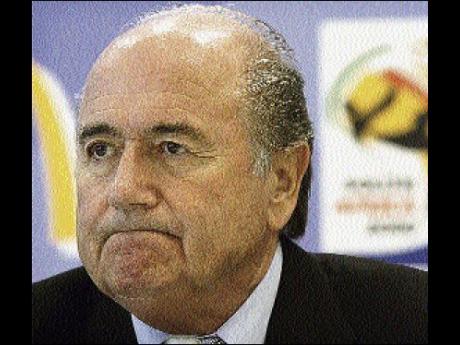 Haiti's distressed football fraternity has received a much needed boost with the announcement that football's world governing body, FIFA, plans to inject another US$3 million into reconstruction efforts.

Following a detailed report from powerful vice-president Jack Warner who toured the earthquake-ravished country last week-end, FIFA's finance committee announced the additional financial support, in the form of the establishment of a Special Projects Fund.

The Haiti Football Federation headquarters were destroyed during the 7.0 magnitude quake which wrecked buildings in the capital, Port-au-Prince, and resulted in over 200,000 deaths.

Thirty members of the Federation, including nearly the entire executive, also lost their lives with many still unaccounted for.

"Just like everyone else, I was deeply moved by the reports coming from Haiti," FIFA president Sepp Blatter said.

"We will continue to evaluate the situation very closely with the Haiti Football Association and will do everything in our power to assist them in their hour of need."

In the immediate aftermath of the disaster, FIFA quickly shelled out quarter-million US dollars to help in the national federation's recovery efforts while Warner, the CONCACAF boss, also donated US$100,000 of his personal money.

The Special Projects Fund will go towards the reconstruction of the football association's headquarters, technical centres and regional youth facilities, and to buy basic football equipment for the federation's leagues and youth competitions.

"I am extremely grateful for the progress of FIFA's assistance towards Haiti and we as a family will continue to do whatever is necessary to help that country rise again," Warner said.

"We in FIFA realise the importance of not only pledging our support, but following through to ensure that the people of Haiti, and the Haitian football family, can have a better tomorrow."