Christendom duo celebrates with It's All About Love 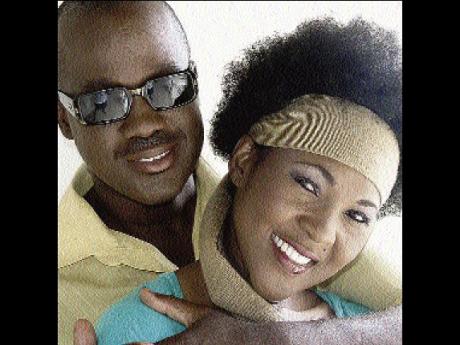 Gospel artistes Robert and Jenieve Bailey host their sixth annual Valentine's Day concert, It's All About Love, at the Courtleigh Auditorium on Sunday.

Robert and Jenieve were members of the now defunct gospel group, Life Singers. They became a duo when the other members of the group migrated 20 years ago. This year, they celebrate their 17th wedding anniversary and 20 years of ministry with a series of islandwide concerts, a plan to release some new singles, as well as a music video. Robert explained to The Gleaner in a telephone interview that the initial staging of It's All About Love was as a result of "the need for Christian couples to come together, other than the church, to celebrate their love. It is an avenue for Christian couples to snuggle up and enjoy music."

Unlike previous years, Jenieve explained that they will be partnering with Love 101 FM this year. The programme will include a 10-minute speech by a minister and performances by Robert and Jenieve, the talented Karen Smith, A. J. Brown, saxophonist Courtney Fadlin, Denise Simpson and others.

Robert and Jenieve are no strangers to hit songs. These include He Didn't Throw the Clay Away, Let Everybody Know and Preacher.

"Jenieve is the songwriter I am the co-writer," Robert said. "After praying about the gift of writing, Jenieve often gets songs in a dream. She wakes up and writes the words and within a day we would complete the song and be ready for recording."

So it is not surprising that the release of new works would be included in their anniversary celebration. While they toy with the idea of releasing two albums this year, they are sure to release three singles. They include a ballad titled Reaching Higher, a reggae song called God Range and the ska-influenced After All, which is a medley of the old sanky song, A Little More Oil In Your Lamp merged with Everything Is Going To Be All Right.

The Christendom couple is also the proud parents of two boys, eight and 10 years old. This means that they have to balance their musical careers with parenting. To achieve this balance, they have cut back on travelling, opting for short trips. Trips over three weeks have been reduced to a weekend. Robert said they have also received help from their sons' school through its after school programme.

And a proud Robert revealed that after their sons, Joel and Renaldo, joined them onstage at Genesis (the Youth for Christ gospel concert), they have received so many requests for them to perform again that the children now join them in their performances.

Generally, the Baileys' 20 years of ministry has been good. But Robert bemoans the lack of promoters for gospel music, as church organisers do not have the experience to secure sponsorship.

The Baileys, too, have recognised the need to make adjustments in marketing their musical career. This means they will no longer do their own bookings. Instead, all bookings will be done through Spur Empire. Likewise, Robert and Jenieve will no longer organise their shows alone but will seek help from other promoters. The partnership with Love 101 FM in staging It's All About Love is the start.

Part proceeds from It's All About Love will go to the Office of Disaster Preparedness and Emergency Management Haiti Relief Fund.