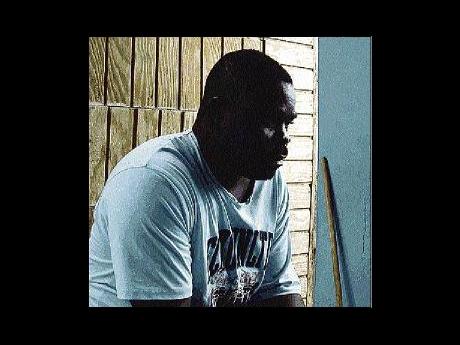 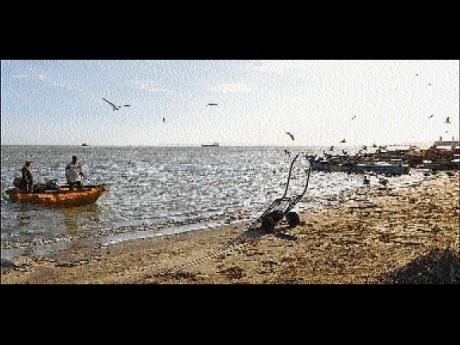 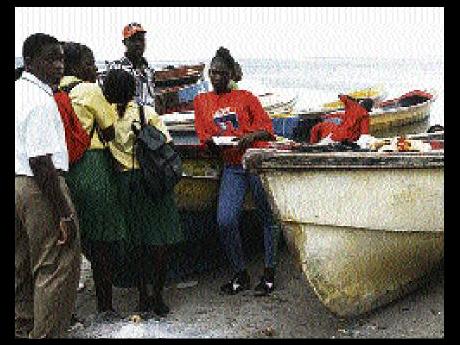 Ricardo Thompson in his home at Old Harbour Bay, St Catherine, 11 years after the tragedy that took the lives of eight youths. - photos by Kyle Macpherson/Freelance Photographer

"Me see it before it happen and I talk to [the youngsters] several times," Hunter said, shaking his head.

"Nuff people blame me; say me was drunk. Nuttin like that."

It was a calm day for a field trip and Hunter said he made sure to keep the boat going at a slow speed.

"If we used a life jacket, it wouldn't happen.

"Them time then, people don't care about them life," he said.

When water splashed on board, the passengers all shifted to one side of the vessel, causing it to capsize.

Hunter's voice was steady as he recalled the moment he went under. He said there were four one gallon oil bottles on board.

"They float up beside me, so I gave (them) to the others."

The fisherman remembered struggling because one of the clubbites had him locked in a tight grip underwater. He said, however, that he remained calm.

"I'm a fisherman and to be a fisherman, you can't have fear," he said. "That will make you lose your life."

Ricardo Thompson, now 29, was 18 years old at the time of the tragedy.

"When the boat capsized, it go through me mind seh me really ah go dead or something," he said.

Thompson sat on a chair in the corner of his veranda as he told his side of what happened more than a decade ago.

He managed to grab hold of one of the bottles as well as his girlfriend at the time, Althea Dunbar, and they floated towards a lighthouse where fishermen found them.

"Me know if me did stay inna the crowd, me woulda lose my life," he said.

The boat captain, meanwhile, says he gets angry whenever he hears relatives of those who died blame him for the tragedy.

"What happened was not my fault. "It wasn't my fault," he insisted.

Horace 'Bigfoot' McDonald, club president for the past 20 years, said it was a miracle he didn't make the trip. On the day of the tragedy, McDonald insisted he would not leave home without making sure his mother's dinner was cooked.

"Cooking the food was the slowest the food ever go," he said. "It barely ah cook."

On making it to the coast and ready to embark on his journey to Pigeon Island, McDonald said he saw the boat was already on its way.

"I heard they wanted to leave because I'm a strict president," he said. "It was like leaving me was better fun for them."

McDonald took a nap while he waited for the clubbites to return, two of whom he planned to "sport 'til morning" with, only to wake up and hear that some drowned.

These men, living and moving among the quiet streets of Old Harbour Bay, carry on living while never forgetting what happened those many years ago.

McDonald tutors Old Harbour Bay children after school, often helping them with their homework. Thompson is a mason, who said he will never go out to sea again.

Hunter, on the other hand, said he will still set sail, but not with more than three persons in his boat.

A strong breeze whipped its way along the coast of Old Harbour Bay, sending plastic bottles and other objects from one rubbish heap to another. Goats and dogs hung out side by side while pelicans and other seabirds picked through the garbage.

James Francis was making his way along the shore before stopping to recall the Valentine's Day tragedy his sister went through.

The woman he spoke of is Monica Dixon. She lost her daughter, Kamisha Grant, as well as two of her brothers, Ricardo Elliot and Robert Johnson.

Valentine's Day 2010 will be like the others since 1999; a party will be held on the shores of Old Harbour Bay to celebrate the lives that were lost at sea.

The site from which the boat left before capsizing on February 14, 1999, as it appeared last week.

Students of Old Harbour High School survey the site near where their peers perished at sea on the day of the 1999 incident. - FILE