No need to worry over Air Jamaica 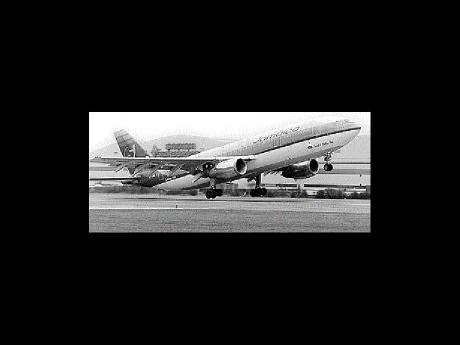 I have been reading with interest the various comments re the purchase or take over of Air Jamaica, a move which I prefer to call a merger, as I understand the Jamaican Government is likely to take a minority position in Caribbean Airlines (CAL).

I think your readers should know that when CAL takes over Air Jamaica it will become de facto the new 'national' carrier for Jamaica. As such, it would be foolish to think that CAL would not be servicing Jamaica to the best of its ability. In point of fact, the routes to Jamaica could easily be developed to be CAL's most profitable. Therefore, it would be foolhardy for the airline's management not to look after Jamaica's interest besides, which, as a minority partner, there will be dialogue between Jamaica and CAL.

With all the emotionalism being expressed, your readers should know that CAL's predecessor, BWIA was the midwife at the birth of Air Jamaica with BWIA's then general manager, the late Walter Girling, being the point man. The readers should also know that at its birth, Air Jamaica's first set of staff, with the exception of its cabin crew and some of its pilots, were allBWIA's Jamaican personnel, with some from Trinidad as well. Their first president, vice-presidents and senior management were all BWIA trained and nurtured.

In terms of tourism, it was BWIA that played the lead role in developing Jamaica's tourist industry by working closely with the Jamaica Tourist Board in advertising Jamaicain foreign media, as well as bringing in travel agents and wholesalers from all over the United States and Canada to familiarisethem with all Jamaica had to offer. In reverse, it was BWIA which introduced low air fares to Miami and took Jamaican travel agents on tours to Miami and New York so they could get to know the places. In respect of Air Jamaica's safety record, while most admirable and certainly something to be very proud of, readers should know than CAL and its predecessor BWIA has gone more that 60 years of safe flying, a record few airlines worldwide can match. In terms of in-flight service, the information from people recently flying CAL is that the service is more than comparable to Air Jamaica's. As BWIA, the airline always drew its cabin staff from the entire Caribbean.

The prophets of gloom and doom should know that way back when, Jamaica was almost like a hub for BWIA. Certainly, with their new expanded routes through Jamaica, there is no reason for it not to be an important base for CAL, with all its attendant staff needs

It should also be remembered, that after the second world war BWIA was the only inter-Caribbean link, and despite it being a small airline with all its attendant problems, it did a magnificent job ofkeeping the islands linked and developed tourism throughout the region. When BWIA decided to change its name, it did not select Air Trinidad or Trini-Air or any such link, it selected as its new name Caribbean Airlines, an indication that CAL, as with BWIA, recognised and embraced its regional responsibility. In point of fact, as LIAT was at one time owned by BWIA, the government of Trinidad and Tobago should ask the governments of Barbados, Antigua and St Vincent to merge with CAL. Perhaps that is yet to come