A vexing encounter on the toll road 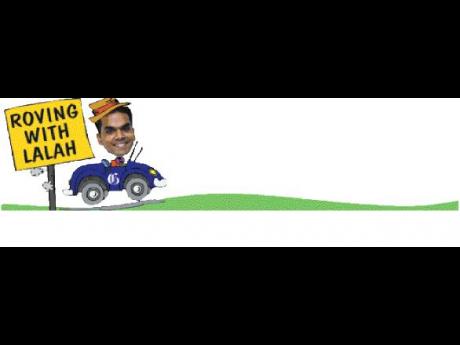 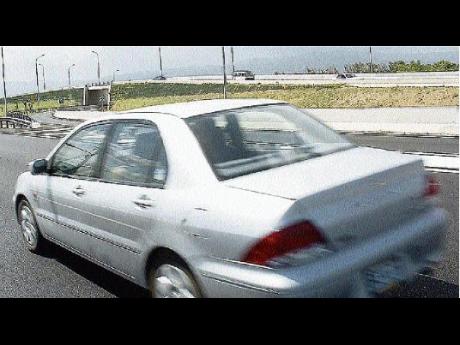 A section of the Portmore leg of Highway 2000. - Ricardo Makyn/Staff Photographer

Screech! I stepped on the brakes with great force, and lunged forward as the car came to a stop. It was late Saturday night, while travelling along Highway 2000, when I spotted her. She was a beauty standing next to a black station wagon parked by the side of the road. She had thick luxurious hair that fell just below her shoulders, was dressed in a miniskirt and slippers and had the longest legs I'd ever seen.

She was gazing down at something on her car, and I could tell from where I was that the car had a flat tyre. Now a few things floated through my mind at that point. One was that it would be nice of me to stop and lend a helping hand. I mean, it was late and the road was dark and there were only a few cars using the road at that hour. The other was that this could all have been a clever ruse, a ploy, if you will, to lure unsuspecting strangers such as myself to the assistance of this fine young woman, only to be pounced upon by a gang of goons. I spent a few seconds pondering the different possibilities, then took another glance at the belle. She gently brushed her hair from her face and in that moment I was hooked. I knew quite well that it could have been my final act of civility, but what a way to go! I pulled over to the side of the road and hopped out.

Summoning my best 'knight-in-shining-armour' voice, I asked the woman if she needed some help.

"Ahm ... well the tyre is flat and I don't know how to change it and ..." she started. I put a hand up to cut her off and told her she needed to say no more, as I was happy to lend a hand.

She smiled, and I asked her to open the trunk of the car. She opened her door and lifted the lever to open the trunk. I noticed some movement inside the car but ignored it as I looked around me. There was nothing but darkness. No other vehicle had passed our way since I had first spotted her. "You really don't have to ..." she said. Again, I cut her off, telling her it was no problem, but insisted that we move with some haste to ensure we leave the area as quickly as possible.

As I got the spare wheel out of the trunk and gathered the tools to start the job, I noticed more movement in the car, but again, for reasons that now elude me, I ignored it and started working on changing the wheel.

While I was setting up the jack underneath the car, the woman came and stood beside me. I asked her her name.

"Oh, I'm Lisa," said she. I was about to say something else when the car shifted some more. I looked up and saw someone move inside. My male hormones took a back seat to good sense, at that point, and I stood up and asked Lisa if there was someone inside the car. Before she even answered, my mind started racing. I could see the headline in my head: "Man attacked on highway after stopping to help curvy young woman." I looked her over.

"Oh ... ok I was just wondering," I said as I stooped to resume the task at hand. Then it hit me. I paused for a moment, then stood back up and looked at the woman. "Did you say HE was sleeping?" I asked.

She nodded. "It's a young boy, right?" I asked. She gave a nervous smile. I didn't wait for a response. I walked over to the driver-side door and opened it. Sure enough, inside was man of no less than 30 years old, stretched out quite comfortably on the passenger's seat, snoring loudly.

I couldn't contain myself.

"Oy! Wake up man!" I yelled tapping hard on the steering wheel.

"Wah, who dat?" he jumped. Now wide awake, he looked at me with great surprise. I fired off a series of rapid questions, trying to find out if he was in any way disabled, was drunk or had some sort of life-threatening allergy to rubber. When I found out he was quite fit and able to change the tyre himself, I closed the door hard, even as he still had that confused expression on his face.

I walked over to the woman and asked her why the man in the car didn't come out to help her change the tyre.

"Ahm ... is my boyfriend and he was sleeping and you were so nice and I didn't want to ... . " I was already well on my way when I heard the word boyfriend. I hopped back in my car and raced away.

'... my mind started racing. I could see the headline in my head: "Man attacked on highway after stopping to help curvy young woman.'