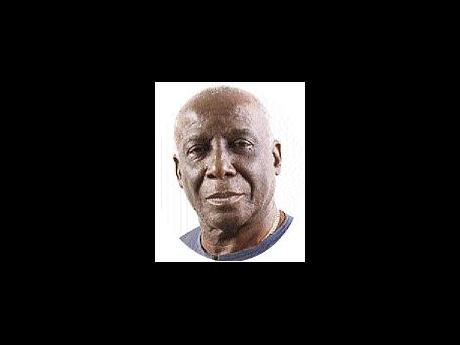 Rex Nettleford was widely regarded as a renaissance man - one in a long line of Caribbean intellects who came of age in the period of British rule.

A Rhodes Scholar, he attended Oxford University, founded the National Dance Theatre Company (NDTC) and wrote several well-received books including the social exposé Mirror Mirror. Nettleford died last Tuesday at George Washington Hospital in Washington DC at age 73, six days after suffering a heart attack in the United States capital. He served as vice-chancellor of the University of the West Indies (UWI) for seven years (1997-2004) and was vice-chancellor emeritus there at the time of his death.

A committed regionalist, Nettleford held strong opinions and was never afraid to let them be known. In a 2007 interview with Gleaner writer, Howard Campbell, he spoke about the NDTC and some of its accomplishments.

There's no other company in the world that operates in the way we do - a voluntary organisation that gained international reputation by pure hard work, which really indicates what Jamaica can do if it puts its mind to it. It's a celebration of excellence, sustained application, which is very important in terms of the values of this country. It's not just my generation or the one before it; we have shown that our young people can achieve if they are sufficiently involved.

I was doing a lot of that in Montego Bay, long before the NDTC, through popular Christmas morning concerts and August morning concerts. I drew heavily on my country experience by recalling the rituals I experienced as a boy: pocomania, Zion revivalism, all the traditional stuff which I believe were the source of energy for artistic expression.

That was very important for us (the NDTC), because we were coming to the end of self-government movement in Jamaica, the Norman Manleys and what-have-you. We had to find self-expression on our own terms because if you really wanted to get at the people, you had to excite their creative imagination.

A number of them because they satisfy my own vision. There's no doubt the public has not given me a chance on Kumina, which has become a kind of thétre de résistance. The Crossing, which speaks to the Trans-Atlantic (slave) trade, and then African Scenario, which was done after my four-month stay in Africa where I saw the connection with what we were doing here.

There was a great influx of Caribbean people, Jamaicans in particular, when I went to England (in the 1950s). Oxford gave me a lot of opportunities because I got to do a lot of theatre and that helped significantly. That's the great thing about those great universities, they are interested in their students and what they bring, and that's why they are so enriched.

Our people have done very quiet work, not as NDTC, but because of NDTC.

We've adjudicated syllabuses for the JCDC (Jamaica Cultural Development Commission) and judged school dance contests; so we've had a presence in very important areas. Look at the many dance companies that have emerged; that's because of the NDTC. That maybe our greatest influence.

The average Jamaican does accept it, you know, but they don't even understand they're doing so because it's inter-textual. There are people who see me on the street and say "the man who dance", and that always pleases me because that means they make the connection.