Johnson ready to make his mark 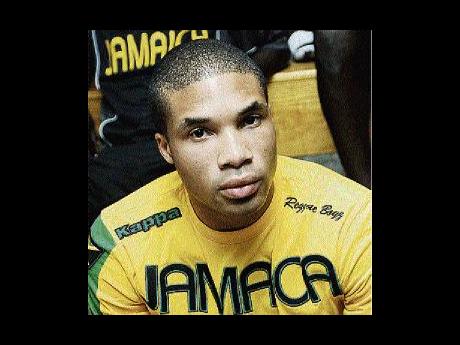 AS a striker, Ryan Johnson is fully aware of what it means to get chances.

In relation to playing on Jamaica's senior football team, it has taken quite a while for him to get another look-in, a second calling.

Johnson is full of gratitude for the opportunity that has now presented itself, with the Jamaica Football Federation (JFF) embarking on a programme to develop a squad to challenge for a place in the 2014 World Cup Finals. He is not jumping over the moon now, as the chance has yet to be buried.

Two Sundays ago when the Reggae Boyz tackled Canada at the National Stadium, the talisman for United States Major League Soccer (MLS) team San Jose Earthquakes, made the second set of baby steps as a second-half substitute, towards what he hopes will be an unbroken association in the Jamaica team. He had got first strike four years ago when Jamaica tackled the United States in a friendly.

"After the US match I should've got another opportunity for the UK tour," he remarked of a Jamaica team tour to England shortly after. "But they (club) never released me. I was upset with my club at the time. It was my rookie year; I was playing but I wasn't playing that much for them not to release me."

Johnson was playing for Real Salt Lake (RSL) at the time, which was his first brush with professional football. It followed a pretty successful career at Oregon State University, where he established a record as the all-time assist leader with over 30 final passes.

He has played at Chicago Fire and Sweden, where he teamed up with fellow Jamaican Teofore Bennett at a club named Oster.

Ironically, he learnt then that both he and Bennett hailed from the same Mountain View Avenue area in Kingston.

However, migration, as a two-year-old, took Johnson to Boston, which led him on to another path, until football brought him back to his roots.

"It felt good, because from my first call-up, I was waiting for another call-up to Jamaica," he said of this chance. "I'm grateful for another opportunity."

With the search on for talent and some of the regular strikers missing through international duty, Johnson refuses to size up the chance that he has been given.

"Anytime's a good time really, as long as you're representing the national team."

His teammates, he says, make his job easier.

Team spirit, he stresses, is important, while revealing his desire for victory in tomorrow's game against Argentina.

"Scoring a goal," said Johnson, is desirable. "But I rather win the game and not score a goal than score a goal and lose."

The team travelled for nearly 26 hours and had a near one-hour work-out after arriving near 7 p.m. (5 p.m.) Jamaica time on Sunday evening.

Commenting on the impact of the travelling, Johnson said: "Yes, it'll always impact in a way, especially if we think about it.

"It was a long commute but we're getting time to recover. Even though it's not enough time, it's not like we're getting off the plane to play the next day."

He added: "I think we're prepared. You've to think that you can win, you never go into a game believing you can't win."