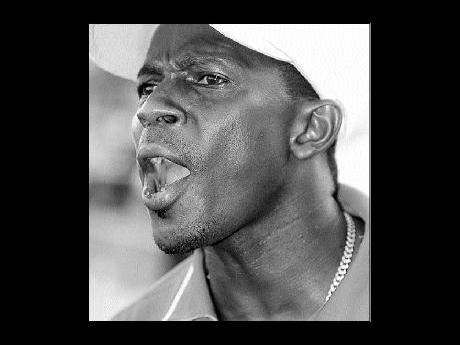 Paul Young: One of the things I had to correct initially was self-belief. - File

Ajuran Brown and his teammates never imagined it. Neither did August Town Football Club fans.

The senior defender, a team leader and member of Jamaica's silver medal squad at the 2007 Pan American Games, was being substituted before half-time in Sunday's Claro/Jackie Bell Knockout semi-final against Boys' Town. August Town had not conceded a goal. Brown was not injured or sick. He was, simply, having a poor game.

"He was not getting the job done," coach Paul Young said bluntly a day after his team's1-0 win.

For over a month, Young's message at the struggling Digicel Premier League (DPL) club has been clear: Fall in line with the team or fall out of it. Observers have noticed the new order.

"This is not August Town," said Richard Smith, a fan for 30 years, while watching a spirited training session last week. "This is August Town plus."

Once considered an easy, ready-made target for relegation from the DPL, August Town have staged a mini-surge up the table in recent weeks. In the bosom of Jamaica's largest university, club and community are getting an education in attitude adjustment.

For that transformation, players, fans and club administrators heap credit on the December appointment of Young. When the 41-year-old arrived at August Town from the United States, where he coaches at the Atlanta Soccer Academy, the club lingered among the DPL's bottom feeders with 12 points from its first 17 matches. Players looked disinterested and unfit.

"The talent was there," Young said, describing his first impressions of the club that started this season with Calvert Fitzgerald as coach. "It's just the organisation on the field. The work ethic was non-existent. You had some people just going through the motions."

So Young established some rules.

"He has brought a lot of professionalism, a lot of discipline to the team," said national player Fabian Dawkins, who spent several seasons at Village United and also professional clubs overseas before recently returning to August Town, where he was born and raised. "A lot of that was lacking ... (Young) has been one of the main reasons why we have been getting some good results."

"One of the things I had to correct initially was self-belief and belief in the next person that plays with them," he said. "(Initially) if they passed a ball to a teammate and he made a bad pass they would 'kill' him and I said, 'Listen, everybody is gonna make a mistake ... So it's just to believe in yourself first and in your teammate'."

The turnaround was almost immediate. Still not yet officially in charge, Young addressed the team at half-time of the first August Town game he witnessed against Arnett Gardens on December 20. August Town trailed 1-2. He adjusted the team's formation. August Town won 4-2.

August Town next travelled to Sporting Central and lost 2-0, but tied Boys' Town 1-1, beat Humble Lions 1-0 for a rare away win, clipped Waterhouse 1-0 and edged Portmore United 1-0. That's 13 points from seven games - counting the Arnett win and last Wednesday's 1-0 loss to Rivoli - since Young showed up at the club's University of the West Indies home.

August Town now sit on 25 points from 24 games, in ninth position; still flirting with the relegation zone, but ahead of more established DPL clubs such as Portmore and Arnett. Three points separate August Town from the top-six finish the club has targeted.

The transformation translates loosely into Young's demands for improved focus from players and management. August Town's 'medicine', he said, has been applied gently with "honey" at times, and harshly with "salt" on other occasions. Take church: recently, Young asked players to attend service at August Town New Testament Church of God on game day.

"The unity was not at the level where it needs to be for a premier league team," he reasoned.

Some grumbled. The coach applied the "salt": no church, no game ... plus a fine. Young believes the exercise was no less vital than passing, dribbling or fitness drills.

"It's part of the programme," he said.

Young's credentials as a player, with more than 80 caps for Jamaica as one of the original Reggae Boyz who appeared in 'The Road To France' World Cup qualifying campaign, command respect. The former striker also had solid coaching stints at Waterhouse and Portmore.

But Young left Atlanta, where he mostly coaches under-11 and under-15 boys, to help tackle the headache that August Town FC's adults had become. The club has no major sponsor and players are occasionally paid late or do not get their full salary.

Those inconsistencies have made the struggles harder. After August Town stumbled last Wednesday, Young admitted the team took Rivoli "lightly" and "just never played" well enough to win. Sunday's game wasn't pretty either, but August Town are learning to win.

Meanwhile, Young's duties have extended beyond crafting on-field strategy. He acts as mediator between disgruntled players and club administrators. He will press for injured players to get prompt medical treatment, but won't pamper them. Flimsy excuses are brushed away. The club's administrators - Young's employers - are not immune to criticism either.

"The management needs a lot of work," Young said. "The attitude towards the game, the attitude towards each other, and I say overall, the stability of the club ... there was a lot of uncertainty and people getting frustrated ... and even though people knew the team could do better, the results weren't there."

"That was one of the biggest downfalls, the attitude of the players, the discipline," admitted Dwight Morgan, the club's assistant coach and second vice president. "So Paul Young came in and he put a lid on that and we are seeing the improvements."

Yet it is unclear how far 'Project Young' will go. August Town have tasted relegation from the DPL before, but the morale boost of Sunday's win is invaluable, especially with defending champions Tivoli Gardens up next on Wednesday. The club wants Young. The coach wants to finish the season.

"The community deserves better," he said.

But Young will make a decision this week on whether to stay at August Town. Meanwhile, quality players like Dawkins, Daniel Shaw and Teafore Bennett have joined the club. Expectations are growing.

"Definitely," said Dawkins, who also credited the players for their renewed commitment to August Town's campaign. "That's the frame of mind that coach Young has brought and has put us in. We can win trophies. We can be league contenders."

Whatever the equation, success is slowly adding up - in results, spectator support and attitude around the August Town community.

"It's the same set a man dem, but they are doing something different now, since the new coach," explained Smith. " ... The coach mek a real impact. You can see it."