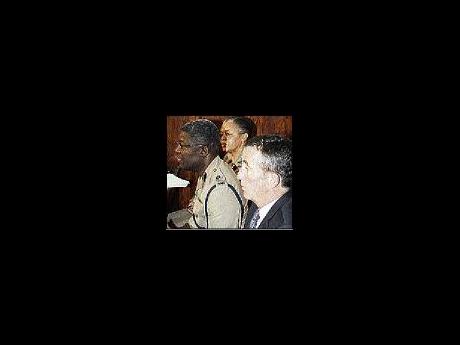 Investigators began combing through the police armoury and stores on Monday as the probe into last Thursday's massive gun and ammunition find in eastern St Andrew kicks into high gear.

In a statement to the media, Angell said the audit ordered by acting Police Commissioner Owen Ellington will be carried out by a team from the Ministry of National Security and officers fromthe constabulary's Inspectorate Division.

When The Gleaner visited the armoury and Stores, which are housed at the Elletson Road Police Station, crime scene tape was draped around the buildings, which remained closed.

A total of 19 firearms, close to 11,000 rounds of ammunition and more than $750,000 were seized after a team from the East Kingston Police Division stopped and searched a police sergeant along Munster Road in east St Andrew.

The weapons included M16 rifles, Uzi sub-machine guns, pistols and revolvers. The sergeant and a businessman who owns the home where some of the guns were found are among those still being quizzed by detectives.

According to the official police report, cops saw several persons acting suspiciously along Munster Road, which runs off Mountain View Avenue. They were stopped and searched and the weapons found.

Speaking to reporters at the scene, Ellington admitted the possible involvement of police personnel and immediately closed down both the armoury and stores, indicating that both facilities would be treated as crime scenes.

"I'm taking this action because of the possible involvement of police personnel in the unlawful removal and possible sale of the weapons seized this morning," he said then.