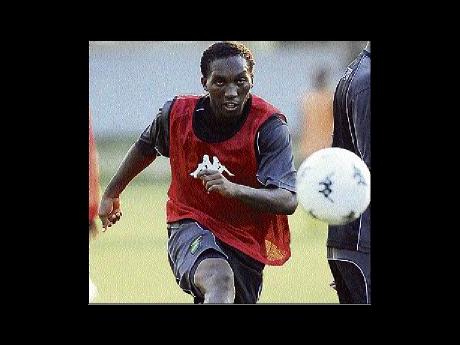 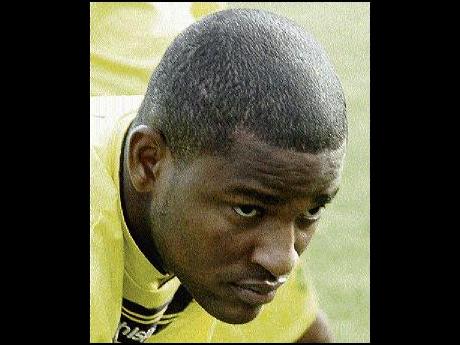 THE Argentines aren't fielding their best team. And neither are the Jamaicans. Yet, the expectations remain the same: a big win for the South Americans.

True to their spirit, the Reggae Boyz will be looking to counter such belief when they tackle football giants Argentina in a real David vs Goliath friendly international showdown for the Copa Loteria de la Provincia de Buenos Aires (Buenos Aires Lottery Trophy).

"First of all, I believe it's a tremendous opportunity to play Argentina," said Jamaica's captain, Shavar Thomas. "This doesn't come everyday. No matter who they bring they will be good and we're very prepared and ready for the challenge.

"We see this as man against man as opposed to the world football power Argentina vs Jamaica," Thomas added.

In France, they contested their last international meeting at senior level and the South Americans emerged with a huge win, 5-0 on a hat-trick from big forward Gabriel Batistuta and a double from midfielder Ariel Ortega.

Then, both teams had pretty much their best talent. Today, it is far from the same as both seek pointers for selections geared towards their World Cup programme, which is at contrasting junctures.

Having missed out on 2010 qualifying for South Africa on goal difference to Mexico at CONCACAF's semi-final group phase, Jamaica, with head coach Theodore Whitmore and his assistant Bradley Stewart, currently seek potential for a pool to lead the charge for a place in the 2014 championship.

The Jamaicans arrived on Sunday after a 26-hour travel schedule. They did light training the same evening, and went through other practice sessions Monday and Tuesday nights.

Whitmore was not too worried about the lingering effects of their travels, but appeared more concerned with their transitional play when moving into attack.

"This evening we saw a more game-like situation training session and it has gone down well," Whitmore noted after training on Monday night. "We wanted to keep possession of the football and we wanted to close down our opponents more quickly and try to be more compact."

He added: "Not all the areas we were satisfied with ... I guess in midfield," he said, noting his concerns. "I guess because we didn't have a lot of players in midfield, we got the football and just broke away, I don't want that; and the defensive area, I don't think we came up quick enough in transition."

With a high-calibre team that was expected to formalise its place easily, Argentina reacted with last-gasp efforts to secure a spot at the 11th hour for the 2010 World Cup in South Africa.

Head coach Diego Maradona has been quite haphazard in his selections and his picks for this match have swelled the number of players he has drafted in just over a year to over 100.

They had their final training session yesterday morning in Buenos Aires and were due to fly into Mar del Plata near 9 p.m. (7 p.m. Jamaica time) last night.

Only six among Maradona's squad have never been in the national set-up previously.

Veteran striker Martin Palermo, who did himself and the much-criticised Maradona a huge favour by scoring a winner in injury time that practically sealed their spot at the World Cup Finals in their second-to-last qualifier, is one of their biggest names for this Jamaica match-up.

The situation is no different for Jamaica, with many of this squad's members young and on the fringe of a team that already has several established players, who are also near 23 years and playing professionally in Europe and the United States.

Most of those attached in Europe are unavailable, thus opening the door for a starting place to several local-based stars.

Chief among them are the Tivoli Gardens goalscoring duo of Navion Boyd and Keammar Daley, who have shown potential to create the star attraction necessary to lift the programme.

"It's not everyday you get to play a team like Argentina," said Boyd. "My expectation is to go out there and do my best, hopefully score, but to try and win the game."

Premier League scoring ace Devon Hodges, who continues to produce the goods despite his team's lowly status in the local competition, is sure to figure, while the diminutive and pacy Dane Richards, who is definitely starting material, is very likely to provide offensive spark off the bench.

They will work in tandem with the dangerous and established MLS sharp-shooter, Omar Cummings, a cunning, hard-working striker who beats the ball hard with either foot; as well as belatedly recalled Ryan Johnson, a 25-year-old MLS striker who has been getting goals and looking to play his way into the reckoning following four years of non-selection. Last season, he was voted Most Valuable Player at San José Earthquakes after netting a season-high 11 goals for the MLS outfit.

Central midfield is expected to be patrolled by Richard 'Shortman' Edwards, who is not so established in the team but has shown in top level internationals previously that he possesses a level head and can cope; while the bustling Rodolph Austin is a scoring threat from range and ball-winner who really drives the team, but needs to discharge his energy proportionately for a finely-tuned game.

That quality, from the team all-round, will be necessary to counteract the skilful, fast-playing style of the Argentinians, who generally attack in numbers.

While the Jamaica team in general is fortified in defence by captain Shavar Thomas, Dicoy Williams, Adrian Reid and the outstanding keeper Dwayne Miller, and will be tested by pace and numbers, the door will certainly be opened for counter-attacking, which could be used by the Boyz as a real weapon.