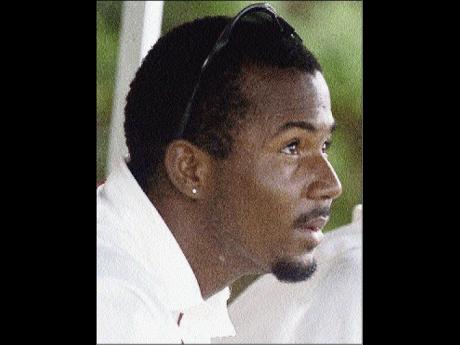 A feeble batting display and an equally impotent bowling performance undermined West Indies and sent them careening to their second successive one-day loss to Australia yesterday.

Unable to recover from a devastating opening burst from left-arm seamer Doug Bollinger, West Indies staggered to 170 all out off 39.4 overs, and their bowlers then produced an ordinary effort, culminating in an eight-wicket loss at the Adelaide Oval.

Captain Ricky Ponting stroked an unbeaten 57 from 55 balls and in-form opener Shane Watson hammered 53 from 50 balls, as Australia cruised to their target off just 26.3 overs to take a commanding 2-0 lead in the five-match series.

Not much went right for the tourists after they won the toss and batted and captain Chris Gayle's dismissal off the first ball of the match was a foretaste of the misery to come.

Quickly reduced to 16 for four in the seventh over by Bollinger's outstanding opening spell, West Indies could not muster enough resolve to mount an emphatic comeback and were dismantled for the second successive game.

Extracting generous swing and pace, Bollinger bothered all the Windies batsmen to finish with four for 28 from his eight overs while fellow pacer Clint McKay claimed two for 33.

Right-hander Dwayne Smith rallied the lower order with a composed 43 from 63 balls while Kieron Pollard stroked 32 from 39 balls but no West Indies batsman could produce that special innings to rescue their ailing side.

Smith, who hit two fours and a six, posted an invaluable 45 for the ninth wicket with Ravi Rampaul who scored 18 from 22 balls, as West Indies scrambled precious runs to ensure their bowlers at least had a total at which to bowl.

It was Bollinger who started the rut when he trapped the talismanic Gayle lbw off the first ball of the game, as the left-hander played back to a good-length delivery and was struck in line.

Travis Dowlin flirted indecisively with the final ball of the fourth over, a wide delivery from McKay and edged to wicketkeeper Brad Haddin at 11 for two, and opener Runako Morton's limp 12-ball four ended when he missed a straight one from Bollinger and was also lbw with no run added to the total.

Bollinger completed a brilliant first spell when he found the edge of right-hander Lendl Simmons' probing bat to give Haddin his second simple catch of the innings at 16 for four.

Denesh Ramdin who scored 30 from 42 balls and Narsingh Deonarine, who gathered 23 from 36 balls, raised the touring side's hopes with a 46-run fifth-wicket partnership that breathed new life into the floundering innings.

Both played positively with Ramdin striking four fours and Deonarine five, but the stand was ended when the left-handed Deonarine was hit in front by erratic left-arm pacer Mitchell Johnson at 62 for five.

Umpire Billy Bowden initially seemed to turn down the bowler's appeal but belatedly gave the batsman out after what seemed a protracted period of time.

Ramdin followed soon afterward to a catch at the wicket off medium pacer Shane Watson but Pollard and Smith temporarily halted the slide by adding 37 for the seventh wicket.

Pollard's attempted lofted hit in the 29th over found a leading edge to Johnson at mid off to give Bollinger his fourth wicket off the final delivery of the first over of his second spell, and Nikita Miller gifted his wicket to Cameron White at cover at 125 for eight in the 32nd over.

Smith and Rampaul then combined to carve out important runs for the Windies with sensible yet adventurous cricket. A batting power play yielded 33 runs with Rampaul taking three fours from off-spinner Nathan Hauritz's final over and Smith, not to be outdone, whacking a straight six off McKay.

Once Rampaul was run out by captain Ricky Ponting's direct throw, attempting a sharp single, the innings folded quickly as Smith was brilliantly caught in the deep by Mike Hussey off the very next McKay delivery.

Watson and Shaun Marsh then put on 51 for the first wicket to deny the Windies any early breakthrough.

The left-handed Marsh, dropped by Travis Dowlin at first slip off pacer Rampaul when 25 with the score on 40 in the eighth over, added just two before playing on to medium pacer Smith.

Watson, who clobbered seven fours and two sixes, added a hasty 48 from 37 balls for the second wicket with Ponting before he edged out-of-sorts fast bowler Kemar Roach behind in the 16th over.

At this point, a miracle was required but none was forthcoming as Ponting and his vice-captain Michael Clarke killed off the Windies with an unbroken 72-run partnership for the third wicket.