Chance for TG to close in on leaders 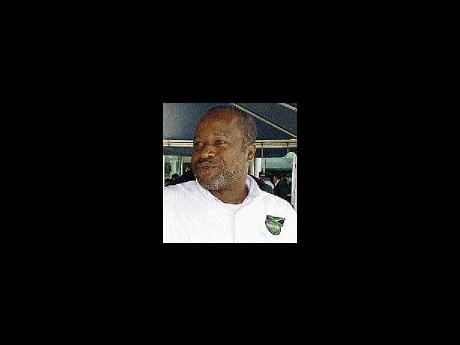 With Digicel Premier League leaders Harbour View out of action due to four of their players being away on international duties, the other teams around them will be aiming to cut into their lead.

The team closest to Harbour View in the points standings is Tivoli Gardens, who are on 42 points six behind the leaders. They will, however, have a tricky encounter as they entertain a resurgent August Town team.

Tivoli are coming off a 0-0 draw with Waterhouse in their latest league outing, that was their 12th draw of the season; the most by any team. They suffered a great disappointment on Sunday when they gave up a 1-0 lead to go down 2-1 in extra time to Super League outfit Cavalier in the Jackie Bell KO action.

Tivoli will be without two of their most influential players in captain Navion Boyd and Keammar Daley who are away on national duties.

"It will affect the team as they are two of our top players so they will be missed but we have competent replacements," Tivoli's coach Lenworth Hyde Snr. stated. "It is a very important game for us, we are six points behind the leaders so we have to go out there and play some good football," he added.

August Town, who have improved significantly since the appointment of Paul Young as coach, will not prove to be the easy opponents they were when they visited the Edward Seaga Sports Complex earlier this year and lost 4-0. They have staged a mini-surge up the table in recent weeks, which has seen them claw themselves from the foot of the table to ninth, on 25 points.

Their last league outing saw them go down 1-0 to Rivoli United at home but they will be on a high after clipping Boys Town 1-0 in the semi-finals of Sunday's knockout encounter.

Michael Small, manager of August Town, wants all three points from the encounter to stay clear of the relegation zone.

Small said: "We go into each game looking to win but playing away to Tivoli we have to go with a little bit of caution. We want to go there and get those three points because they are very important. We are not too far from the drop zone. The team is on the mend, we are definitely looking to bigger and better things so it would not surprise us if we go down there and win."

Elsewhere third place Water-house will look to rediscover their goal-scoring form and in the process their winning ways when they travel to second from bottom Village United. Waterhouse have failed to score in their last two games, playing to draws in both.

Fourth place Boys' Town will aim to get over their disappointment of dropping out of the knockout competition when they travel to Rivoli United, who boast the league's leading marksman, Devon Hodges. Humble Lion and Portmore United will try to stay clear of the drop zone at each other's expense when the two meet at Effortville.