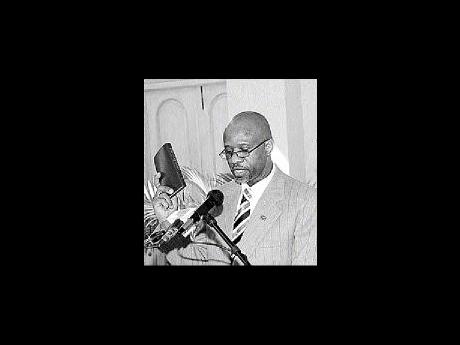 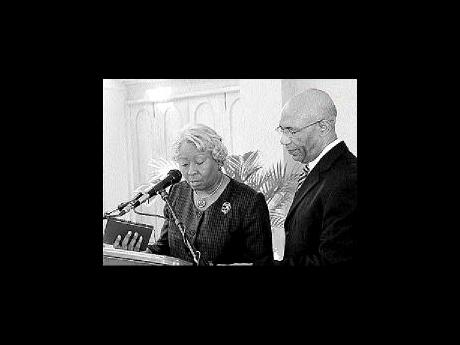 FOUR MORE senior judges and a registrar were appointed to higher offices on Tuesday by Governor General Sir Patrick Allen, during a brief ceremony at King's House in St Andrew.

They are expected to assume their respective duties today.

Sir Patrick, before handing over the ceremonial instruments of appointment to the judges, remarked that the occasion was very significant to the justice system of Jamaica, and urged them to continue to protect the legitimacy and integrity of the judicial system.

"You have been selected and promoted because of your performance and qualities which you bring to the judiciary, and your exemplary conduct and wise judgment that you give," he said.

The governor general said the judges had a responsibility not only to themselves but to Jamaica.

"As you carry out your duties, remember that your performance will be judged in the court of public opinion and the timelessness and quality of your judgment will also be carefully scrutinised," he stated.

In her charge to the appointees, Chief Justice Zaila McCalla said they had a duty to be agents of change in transforming a culture of delay into a reformed justice system that is efficient, fair and reliable.

"Your continued support and commitment is needed to make this a reality," she said, expressing confidence in the judges' abilities to execute their jobs.

Urged to be transparent

She congratulated the appointees on the hard work they have done over the years, adding that it was on that basis that they have been called upon to continue serving.

Despite challenges that will be faced, she urged them to be mindful of the fact that "no man is above the law and everyone, regardless of rank, is subject to the ordinary laws of the land".

President of the Court of Appeal, Justice Seymour Panton, urged the appointees to read widely and listen carefully and patiently.

"Extend yourself in reasoning and, in the end, do what your conscience and the law demand; be fair by being fearless," he said.

Responding on behalf of the appointees, Justice Norma McIntosh, appointed to act as judge of the Court of Appeal, noted that the appointments signalled appreciation for the work that had been committed over the years.

"We pledge before you this afternoon that we will not drop the baton, that we will grasp it firmly with perseverance and commitment, that we will continue to hold the standards of the judiciary high and, in so doing, we hope not to disappoint all those who have placed confidence in us," she promised.

Justice Norma Elaine McIntosh, appointed to act as judge of the Court of Appeal.

Evan Jeffrey Brown, appointed to act as puisne judge of the Supreme Court.