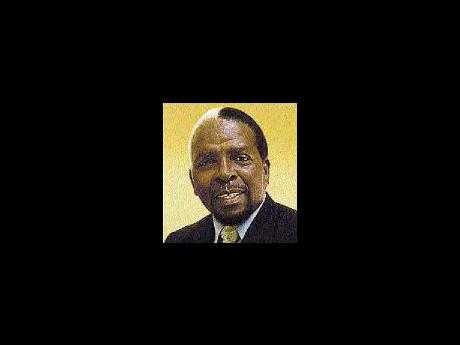 Labour Minister Pearnel Charles has served a stern warning to sexual predators that he could push for legislation to impose criminal sanctions on persons who knowingly spread HIV/AIDS.

"There are some serious people who don't care how they destroy others," declared Charles, as he made his contribution to a debate on the report of the parliamentary committee which examined the proposed National Workplace Policy on HIV/AIDS.

Charles, however, told the House of Representatives that the Government would initially be pursuing the educational route to prevent the spread of the disease, as well as reduce stigmatisation of infected persons.

"But if it becomes necessary, then this minister will make recommendations for serious sanctions," Charles warned.

He said the parliamentary committee wrestled with whether sanctions should be imposed on employers who victimise persons infected with the disease.

The minister said the policy was intended to set guidelines in relation to the best policies in the workplace.

Charles stressed that the policy does not support random screening of persons for employment purposes.

He lamented that too many Jamaicans have failed to grasp the severity of the fallout from the HIV/AIDS.

The minister said even unsubstantiated rumours have succeeded in creating severe psychological distress to many Jamaicans.

However, as parliamentarians stepped up their agitation for greater attention to be accorded to infected persons, Opposition Spokesman on Health, Dr Fenton Ferguson, has raised concern about the high percentage of homosexual men with the virus.

He made the point at yesterday's House sitting.

At the same time, parliamentarians were at one in their support of the recommendations from the Parliamentary Committee examining the National Workplace Policy on HIV/AIDS.

Ferguson noted that 69 per cent of AIDS cases continue to be in the age group 20-49.

He said mother-to-child trans-mission dropped from 29 per cent in 2002 to less than 10 per cent in 2009, due, in part, to the efforts of the Jamaica Government over the years.

Ferguson said 31.8 per cent, or one in three homosexual men, have contracted HIV/AIDS.

He said this compares with three per cent of persons with STIs who were found to be infected with HIV/AIDS.

Ferguson added that a similar percentage of the prison population was found to be infected with the disease.