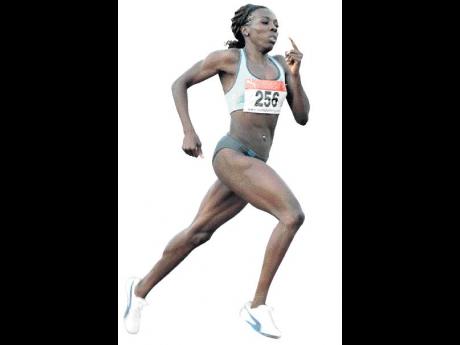 Jamaican middle-distance champion Kenia Sinclair is undecided about competing at the 13th IAAF World Indoor Championships next month in Qatar.

Sinclair hinted after winning the 1,000 metres at last weekend's Reebok Boston Indoor Games, that her performance at the AVIVA Indoor Grand Prix in Birmingham on February 20, will help her decide whether she will race at the March 12-14 World Indoors in Doha.

"I'm not sure (about World Indoors). I'm preparing for Birmingham and I'll take it from there," she said.

Sinclair, 29, was a silver medallist over 800 metres at the 2006 World Indoor Championship in Moscow and a finalist in the event at the 2008 Beijing Olympics.

At the Reebok Boston Indoor Games on Saturday, Sinclair registered a commanding win in the women's 1,000 metres in two minutes, 38.62 seconds, the second fastest time in the world so far this year, behind the Russian Mariya Savinova's 2:36.07.