Up Close with the Blackberry 9700! 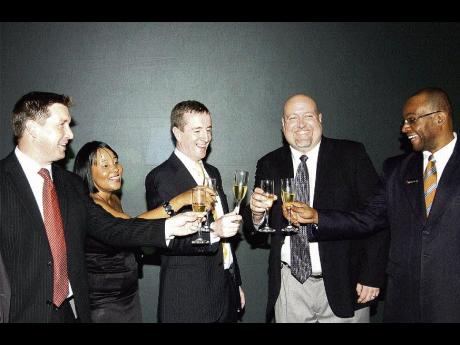 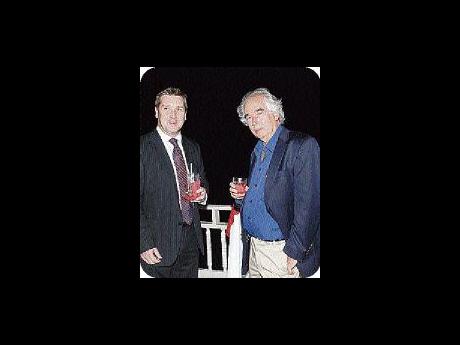 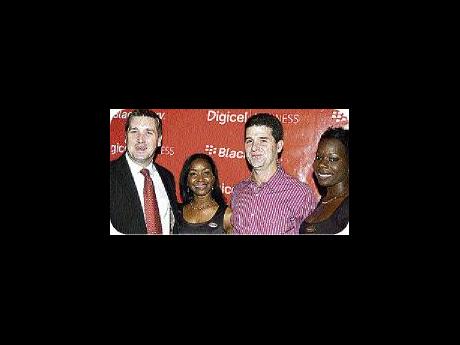 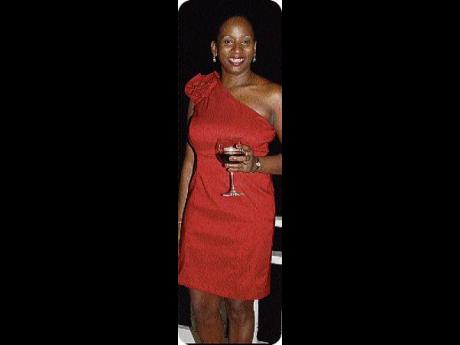 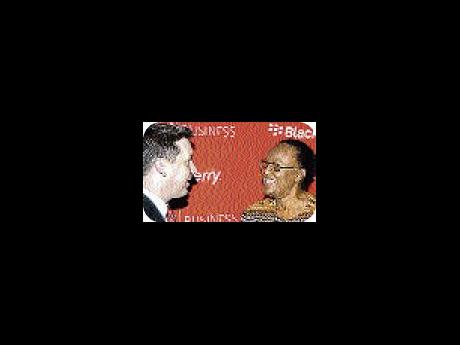 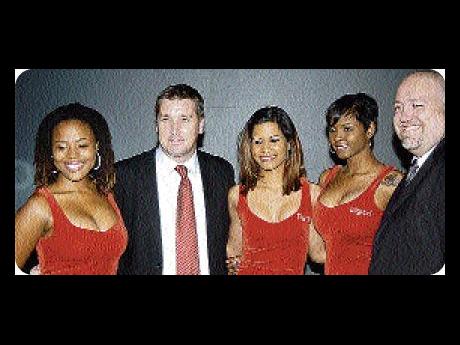 Time to toast the BlackBerry. (From left) Niall Sheehy, Shelly-Ann Curran, Mark Linehan, Brian Sklar, representing Research In Motion, and Donovan White get ready to enjoy the bubbly at the Kingston launch.

Brian Sklar, representing Research In Motion (RIM), the manufacturers and distributors of the BlackBerry Bold 9700, says the new phone will give owners the opportunity to do more with less. He was speaking at the Kingston leg of the instrument's launch, held at the Spanish Court Hotel in New Kingston on Monday night.

Sklar compared the phone's features to a top-of-the-line European car's newest model that offers the customer everything they dreamed of. "It's sleek, sexy, with an intelligent keyboard; excellent for executives, has a 3.2 mega pixel camera, offers a more secure battery door and is a great roaming device that can be used anywhere in the world," Sklar noted.

Niall Sheehy thanked all his guests for coming out to the launch and said he was excited about the new phone that is "bigger, better and definitely has a 'wow' factor"!

And in Montego Bay on Wednesday night, the launch party venue was the popular Blue Beat jazz club. A small but intimate group of clients and staff celebrated the new device's arrival in style.