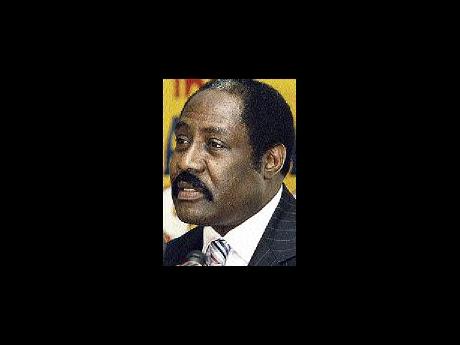 However, the no-nonsense football president also warned that he will be instructing his technical committee to remove some players from the programme, who he believes are not par for the course.

The Jamaicans, who qualified for the World Cup Finals in 1998, and have a global ranking of 78, led the eighth-ranked South Americans - two-time World Cup champions - 1-0 up to the 86th minute.

However, they then went down 2-1 before an appreciative crowd of near 35,000, which packed the José Marilla Minella Stadium in Mar del Plata.

Ryan Johnson scored to give Jamaica the lead at the 68th minute. Martin Palermo equalised for the home team four minutes from time, heading a low cross from the edge of the penalty box past goalkeeper Dwayne Miller, who reacted very late and was beaten as the ball bounced past him and lodged inside the far post.

Substitute Ignacio Canuto then scored the game-winner in the last few seconds of four minutes added for stoppages.

"First of all, I want to con-gratulate the team for playing with heart," said Burrell. "In fact, it has been quite a while since I've seen this sort of performance coming from a Jamaican team, especially in the second-half, I thought they gave it their all.

"Of course, there were one or two blunders which might have resulted in what transpired and we just have to learn from this."

Johnson, recalled to the team recently after a four-year hiatus, scored a well directed header from the edge of the 18-yard box, off a deep cross from Lovel Palmer on the right flank.

"I want to definitely congratulate Ryan Johnson, he's one for the future - simple football, very disciplined," observed Burrell, of the point forward who plays professionally at San Jose Earthquakes in the United States' Major League Soccer ( MLS). "He approaches the game with professionalism and purpose and, watching his behaviour on the field told me that at all times he was trying to lift the team.

"Again, I must congratulate the Boyz. They have done Jamaica proud and we will just have to continue to build on this solid platform, which has been established here tonight in Argentina.

There were several questionable calls against Jamaica and Burrell made mention. "I never comment on officiating, that's all right. I thought a number of home town decisions went their way, but that is the game of football. But, on a whole, the Reggae Boyz have done what I asked them to do and that was to give a sterling performance, to play with purpose, and we've seen this."

As the team rested on the cusp of history and a massive win against the Argentineans, who beat Jamaica 5-0 in their last senior meeting at the World Cup Finals in France in 1998, they collapsed under a barrage of late substitutions. This never pleased Burrell, who noted that he would be moving to eliminate some players from the programme.

He said: "What is also clear is that not all players are going to cut it at this level and one of the things which I will instruct the technical committee to do is concentrate on a group of players with purpose - players who are serious, who are determined, who are ready to get us in the World Cup in 2014 in Brazil.

"Like everyone else, I'm extremely disappointed but someone has to stand his ground and comfort the players. This is exactly what I did when I went to the dressing room after the game.

"... (I) told them to lift their chin because they had just played very well against Argentina and they were not to be daunted by the result," said Burrell.