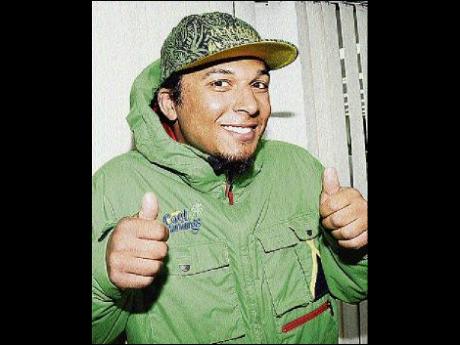 Jamaica's lone competitor at the Winter Games is Errol Kerr, who will don the national colours in the freestyle skiing competition at the Cypress Mountain venue on February 21.

Kerr qualified for the event, which is new on the Olympic schedule, after a string of impressive performances around the circuit and in the process became the island's first ski team competitor.

The former United States ski team member, who chose to represent the country of his father's birth, is considered by many to have a strong chance to medal at the event

Richard Salm, president of the Jamaica Ski Federation, believes that the youngster stands an incredible chance of finishing among the medals at the competition.

"He (Kerr) is one of the top competitors. If he gets a decent start, he is as good as anyone in the world. He has had a number of top-10 finishes and qualified second on three occasions last year in World Cup races, which means he has the speed," said Salm. " He is certainly fast enough and deals with the terrain extremely well, and this is extremely important in ski cross."

Kerr, while speaking to several reporters in Vancouver, underlined his intentions and paid homage to the historic platform already established by Jamaica's bobsleigh team at previous Winter Olympics.

"I plan to win," he said. "The bobsleigh guys laid the groundwork and put us on the map," he said. "But I'm very serious and by the time I'm done, Jamaica will be a recognised force in Alpine skiing."