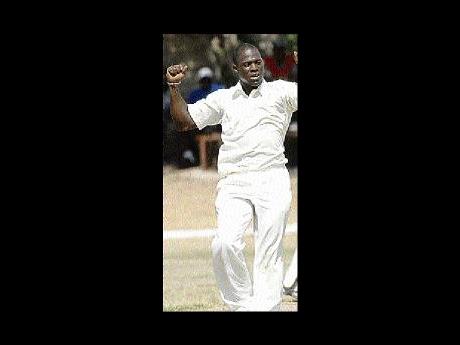 Barbados will look to keep pace with leaders Jamaica while hosts Guyana will hope to finally jump-start their campaign when the fifth round of the West Indies Cricket Board (WICB) first-class cham-pionship bowls off today.

Jamaica (36 points), marching towards their third straight four-day title, will fancy their chances of picking up full points when they face Combined Campuses and Colleges (CCC) in the day/night match at the National Stadium at Providence.

Having drawn a bye in the last round, Jamaica will be rested and be looking to inflict damage on the CCC side, who are third in the standings on 24 points.

Jamaica will be without out-of-favour Test pacer Daren Powell, who has quit the team for the rest of the season, and Brendan Nash, Nikita Miller and Wavell Hinds, who are on West Indies duty.

They have been replaced by leg-spinning all-rounder Nkrumah Bonner, fast bowlers Andre Russell and Jason Dawes, and off-spinner Bevon Brown.

CCC, meanwhile, have made two changes to their side that beat Guyana in the last round in Barbados, replacing batsman Nekoli Parris and injured fast bowler Jason Bennett with Jamal Smith and Gilford Moore.

They schoolboys have had a topsy-turvy tournament, beating T&T and Guyana and losing to Barbados and the Windward Islands.

The Barbadians, with two wins and two draws to their credit already, have 33 points.

Foremost in their minds will be the fact they will need to continue winning if they are to bring the tournament down to the next round in Trinidad and Tobago when they clash with Jamaica.

Barbados face doormats Guyana who have struggled in their three matches so far with two losses and one draw, earning just seven points.

For this round, they have included their Youth World Cup trio of Jason Holder, Kraigg Brathwaite and Shane Dowrich, and will hope this pays dividends.

Guyana, meanwhile, will welcome back the country's chief run-scorer in Test batsman, Shivnarine Chanderpaul, who is likely to suit up for his first match of the tournament.

He was sidelined by a finger injury sustained on the West Indies tour of Australia late last year and will make his debut in the match carded for Albion.

At Bourda, the Leeward Islands (10) and the Windwards (16) will renew rivalry and they, too, look to make headway in the competition.