Piece of the auction 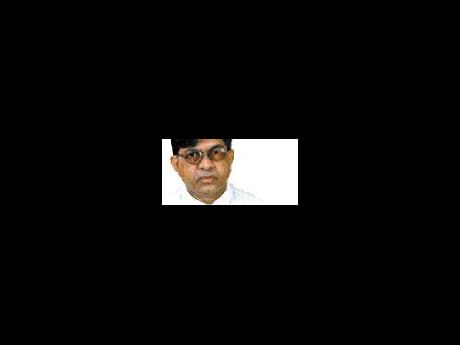 In September 2008, a 22-year-old women's studies graduate from Sacramento State University with the pseudonym 'Natalie Dylan' announced on the radio programme of 'shock-jock' Howard Stern that she would auction off her virginity online and the act would be consummated at a brothel, the Moonlite Bunny Ranch, in Nevada. She said she would use the money to complete a master's degree in 'Family and Marriage Therapy'.

Dylan's sister, Avia, had financed her own studies by working for three weeks as a prostitute at the same brothel. Dylan said that historically young women were 'sold' into marriage for a dowry - a practice which in essence made a father the pimp for his daughter. She is quoted (Wikipedia) as saying, "When I learned this, it became apparent to me that idealised virginity is just a tool to keep women in their place. But then I realised something else: if virginity is considered that valuable, what's to stop me from benefiting from that? It is mine, after all. And the value of my chastity is one level on which men cannot compete with me. I decided to flip the equation, and turn my virginity into something that allows me to gain power and opportunity from men. I took the ancient notion that a woman's virginity is priceless and used it as a vehicle for capitalism." One wit remarked, "She is fortunate that her birth name was not Virginia - otherwise she would have been virgin for short but not for long."

On January 17, 2009, an Australian real-estate tycoon had bid US$3.7 million but then his wife put pressure on him to back down. A newspaper article, with the provocative headline, 'Natalie Dylan: stiffed at virginity auction' stated, "The anonymous Australian businessman that successfully bid on Natalie Dylan's virginity has pulled out ... long before he was ever in!"

Dylan was not the first and certainly not the last to go that route. Several sources confirm that in September 2008, a student named Alina Percea sold her virginity for €10,000. The News of the World reported that Rosie Reid, a lesbian university student who auctioned her virginity on the Internet to pay for her studies, is reported to have had sex with the highest bidder and slept with a 44-year-old engineer in a hotel room in Euston after he paid her £8,400. She told the newspaper, "It was horrible ... I felt nervous and scared." She came up with the plan to avoid graduating with debts of £15,000 from her Bristol University degree course. On September 18, 2008, www.celebgalz.com announced, "Raffella Fico, 20, wants to sell her virginity. Raffella Fico is an Italian showgirl and bikini model. The asking price for Raffella Fico's virginity is one million euros."

Next, and most recently, came 'Unigirl' from New Zealand. The Times Online (February 3) revealed, "A student has auctioned her virginity to a stranger for almost £20,000 to help fund her university tuition fees. The 19-year-old New Zealand woman offered her virginity to the highest bidder in an online auction on the www.ineed.co.nz website after she found herself desperate for money. The student, who called herself 'Unigirl', said that she was delighted with the outcome and thanked auction participants who had bid more than she expected. "Thank you to the more than 30,000 people who viewed my ad and to the more than 1,200 offers made," she said on the auction site yesterday. "I have accepted an offer in excess of $NZ45,000, which is way beyond what I dreamt."

There have been many negative comments, one of which was, "At the rate they're going, the only virgin left would be the airline and even that I'm not too sure about." Jay Leno, the comedian made a joke about Washington that has been said about most cities, "The Supreme Court has ruled that they cannot have a nativity scene in Washington, DC. This wasn't for any religious reasons. They couldn't find three wise men and a virgin."

It is like the old joke about the American woman who spent a month in Cuba and upon her return to the United States was hassled by customs for visiting a communist country. She was belligerent. "Look," she said presenting her passport to the official, "I went to university in England for a year. Does that make me English? I spent six weeks in France, does that make me French? I even spent two weeks in the Virgin Islands!"

The Japanese believe they have the answer to teens retaining their virginity. Make sure your child eats breakfast. Japanese researchers have found that teens who skip breakfast lose their virginity earlier than teens who don't. The Agence France - Presse reported that Japanese researchers studied 3,000 people and said that teens who skip breakfast lose their virginity earlier than those who start their days off with some food. Specifically, researchers found that people in their early teens who regularly skipped breakfast lost their virginity at an average age of 17.5 years old, versus an average age of 19 for breakfast eaters. The study, funded by Japan's health ministry, looked for ways to curb unwanted pregnancies. Researchers concluded that a stable home life - one that encourages breakfast eating - discourages early sex. Clearly, Queen Elizabeth the First, or the Virgin Queen, must have dined very well in the morning.

And for those who skip breakfast, there is this T-Shirt that I saw. It says, "I lost my virginity - can I have yours?"

Tony Deyal was last seen saying that a true scientist is someone who can look at a platinum blonde and say whether she is virgin metal or common ore.