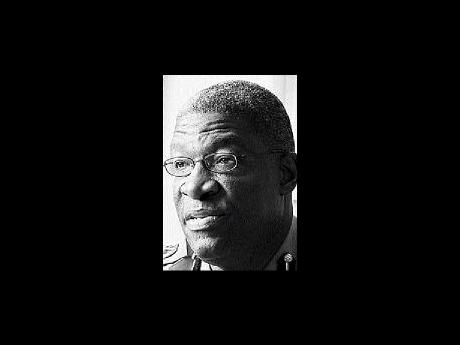 Acting Commissioner of Police Owen Ellington has rallied his members to begin the renewal of the Jamaica Constabulary Force (JCF).

In his personal column, 'From the Pen of the Acting Commis-sioner', published in the weekly Force Orders yesterday, Ellington urged police personnel to be vigilant in the fight against corruption in the organisation.

"We are under scrutiny like never before and our actions, especially in the coming months, will determine where we are going and how we are getting there. Let us all do the right thing. Let us once and for all break the back of corruption in the organisation by exposing those who are corrupt," Ellington wrote.

He added: "The JCF is our responsibility and in our time we must ensure that we build and hand over a professional and corrupt-free organisation to the next generation of policemen and policewomen. History demands this of us."

The perception of corruption within the ranks of the JCF has been fuelled by a number of arrests of policemen for illegal activities. Two days ago, a police sergeant and two civilians were detained in connection with a motor-vehicle racket operating out of the parish of Hanover.

On Wednesday, a corporal attached to the Falmouth Police Station in Trelawny was detained after he was fingered in a scheme to collect $10,000 from a motorist in exchange for non-prosecution and the return of a seized motor car.

The police say an investigation was initiated after other police personnel noticed that the vehicle was missing from the station yard. The vehicle was re-seized and the owner made a formal complaint to the Anti-Corruption Branch.

The JFC was last week left in an embarrassing position after 19 guns and 11,000 rounds of ammunition from its armoury were seized on February 4 on Munster Avenue, St Andrew. A sergeant, said to be a model policeman, was arrested after the find.

Despite the blemishes, Ellington has said members of the JCF must ensure the organisation rises from the ash.

"I have always believed that out of adversity must come good. The JCF is an organisation, which has survived the test of time, and we will survive and flourish again," he said.