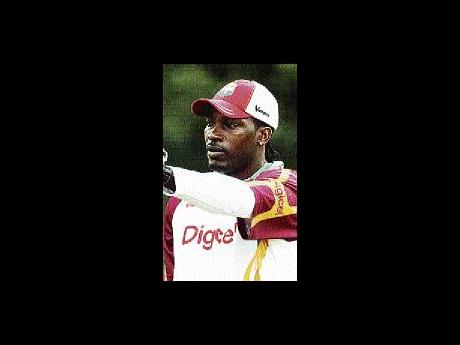 Research findings undertaken by IFM/SMS in the Caribbean region in December 2009 showed cricket predictably being among the top three sports in the Caribbean, alongside football and athletics.

The traditional giant pastime on the Caribbean sporting landscape, though, plays second fiddle to athletics for the No.1 spot, according to the survey.

"Cricket fans tend to be avid consumers of the sport (particularly on television, radio, newspapers and increasingly Internet), where the sport is more keenly followed than any other sport bar athletics, in which the Usain Bolt factor plays a part," the WICB stated in a release yesterday.

The breakdown of Caribbean fans polled shows athletics with a 74 per cent popularity rating to lead cricket at 66 per cent, followed by football (65 per cent) and basketball (45 per cent).

Hard-hitting opener Gayle, Chanderpaul, the 2008 ICC International Cricketer of the Year, and Test cricket's No.6 rated all-rounder Bravo lead the list of the West Indies team's most popular current stars.

The survey also inevitably illustrated that younger fans prefer the abbreviated forms of the game and party atmosphere, while Test cricket remains cherished by older fans.

"The shorter forms of the game, such as Twenty20 and one-dayers, are particularly enjoyed by the 18-34-year old age group with a hunger for the different forms of match-day entertainment on offer, such as the giant replay screens and live music; while the core age group of 45-plus also enjoy the more traditional Test match arena where the drama unfolds over 4-5 days," the WICB stated in its release.

The research was undertaken to provide data on West Indian consumers to understand how they engage with cricket and the different formats of the game - and to understand their empathy towards the brands associated with West Indian cricket.

The WICB release said the awareness of West Indian cricket sponsors is "high", with Digicel topping the charts of current sponsorship, followed by Scotiabank, Johnnie Walker and TCL Group.

"Cricket consumers have an affinity with sponsors who invest in the grass roots of the sport, and nearly half the respondents would be more likely to consider a product or service emanating from a sponsor of the sport."

"This research has provided us with some very useful information about our sport, our fans and those that we need to reach out to," Hilaire said.

"It has confirmed that cricket's commercial partners are well recognised and well regarded through their sponsorship, and has also provided some pointers about the types of companies that should be interested in harnessing their products to West Indian cricket," Hilaire added.