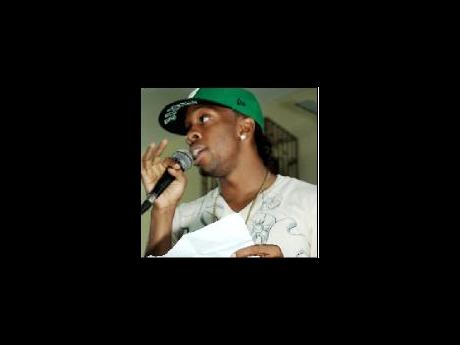 When 400 metres hurdles runner Josef Robertson stood in front of his one-time Calabar schoolmates yesterday afternoon during the Gleaner Champs 100 School Tour, speaking about the importance of hard work and discipline towards achieving success, it was a moment of great pride for the 22-year-old.

In fact, he has had quite a few proud moments - from his record-breaking run in the 400m hurdles (50.24) at the ISSA Boys' and Girls' Championships in 2006, to his progression from the World Youth and Junior Championships stage to that of the World Championships in Athletics, where he competed for his country last year in Berlin, Germany.

Robertson joined The Gleaner team at his alma mater, Calabar, where he encouraged the boys to embrace hard work and discipline while slamming the regular flare-up of violence among students of the Red Hills Road-based school and others from rival institutions.

"It feels good (to come back to Calabar). It has been a while. It was very good being able to speak to them," said Robertson. "The main message that I wanted to get across was the importance of unity and preparation, and in order to win a championship you need both of those. I also wanted to talk about the situation with the clashes with students from other schools."

Robertson, who is now under the guidance of Glen Mills at the Racers Track Club, also took time out to speak of his experience with the much-celebrated coach so far. He is hoping to follow up his Berlin experience with a positive season and success at this year's Commonwealth Games in New Dehli, India.

"The experience (with Racers) has been good so far. It's not always rice and gravy but I am getting along very well with the other athletes and I'm familiar with the coaches ... . Everything is going all right so far and I'm very pleased," said Robertson. "I hope to get a personal best both in the 400m and the 400m hurdles. The Commonwealth Games is in October and I am targeting a medal there, hopefully a gold medal. That's my main target, but for now, I'm just concentrating on training and getting in the work."

Fellow Racers hurdler and Calabar standout Warren Weir, who competed in the green and black of Calabar up to last year's Champs, also revelled in the opportunity to motivate his former schoolmates.

"It feels very good to come back here and speak to the students after being a student here for so long," said Weir. "To come and give a motivational speech and see them react the way they did, it really feels good."