Prelude to a kiss 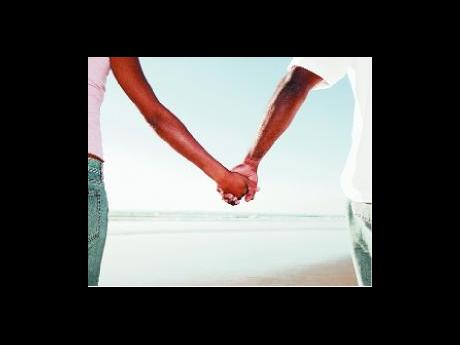 They were sitting on the beach, leaning into each other, feet pressing into the sand. As the day settled into evening, vibrant rays of pink and orange lit up the cloudy sky. The beach was still littered with a few people, mostly couples strolling along the water's edge and a small child darting at the ocean and squealing in delight at the advance of the tide.

Daniel felt the warm weight of Maya's body against his, and realised there was nowhere else he would rather be. Which is why, of course, he decided to state the exact opposite. "I have to go home," he said. "I have things to do."

Maya made no reply, sighing serenely instead. She wiggled her toes, digging them into the damp sand. The hem of her white linen pants was soaked through but she didn't seem to mind. He tried not to stare at her bright orange toenails.

"I can't believe I'm leaving tomorrow," she said. Then, with a playful nudge, "You not going miss me?"

Daniel thought that if she knew how much he would miss her, she would probably never call him again. But this was the game they played, this was their friendship. For over six years, Maya had innocently tugged on his heartstrings, and Daniel maintained a farce of causal disinterest. He listened quietly to her rants about other guys, her tales of heartbreak, her vivacious excitement when she met someone new. She never seemed to notice how few girlfriends Daniel had. However, he was happy to bask quietly in the light of her presence, knowing that, like every other man in her life, his time would be up soon. Now she was leaving the country to attend school in Europe, and he could feel the minutes ticking down already.

He gave a heavy sigh, and Maya turned to look at him, a quick laugh escaping her lips. "You going miss me for true, don't?" Daniel gave a non-committal grunt. "What time is your flight?" he asked. "Eight a.m.!" she exclaimed. "So I have to be there from 'bout six."

Daniel nodded. There would be no seeing her off at the airport then. He stared back at her, trying to memorise her face in his mind. Under the glare of the setting sun, her brown skin glowed, and a few locks of hair had escaped from the tightly pulled bun at the top of her head.

"What about Sean?" he muttered, referring to her most recent boyfriend. Maya shrugged. "It will phase out," she said. "Like all the others." He watched as a sudden wistfulness filled her eyes. He knew she was thinking of her parents, whose bitter and painful separation had dragged on for almost two years. Maya had been her mother's favourite weapon against her husband, from threatening to leave the country with their daughter, to constant demands for money to pay for Maya's extra-curricular activities: ballet, horseback riding, cello lessons, anything she could find that was exorbitant in price.

He remembered the sounds of shouting in the background whenever they spoke on the phone. They finally divorced and went their separate ways when Maya was 17, leaving her in her grandmother's care. Her sunny smile and happy demeanour hid it well, but Daniel knew how badly the battle between her parents had affected her.

This was why Maya cheerfully held any prospect of a serious relationship at arm's length. It was also the reason Daniel guarded his feelings from her with such care. Behind the mask of indifference lay feelings that ran so hot and fierce that he sometimes had to avoid her to keep himself under control. He glanced at her, and felt the familiar ache in the pit of his belly. He longed to touch her pretty pink lips, to kiss her small pug nose, to trace his fingers along the delicate line of her jaw. He worked his jaw in frustration and stared out at the ocean.

Maya jumped up suddenly, turning to grin at him. "Let's take one last swim," she said, pulling off her T-shirt.

"Ah doan feel like swimming," Daniel protested. "Come man!" she said, leaning over to step out of her linen pants. He stared, looked away and then stared again at the sight of her breasts resting neatly in the orange-and-brown-striped bikini top. She reached down and pulled him to his feet, her small hand surprisingly strong in his. Wrapping her arms around his back, she hugged him tight for an instant, her body full of lovely, rounded curves pressing against him. "Cheer up," she said. "Let's go swim." With that, she ran off into the water, squealing when the cold water touched her legs.

Daniel stared up at the sky and wondered if God would have mercy and strike him dead if he prayed really, really hard. He followed her into the water, and tried to catch up as she swam further and further away from shore. They swam until the people on the beach became small specks of life. Maya was the first to stop, turning to float on her back, and panting slightly. He treaded water beside her, watching the darkening sky.

"I'll be back soon, you know," she said. "For my sister's wedding in December."

He smiled for the first time that day, remembering how much she hated weddings. "That should be fun for you."

"Oh gawd, " she laughed. "It will be torture!" Then, more pensively: "I can't believe she really going through with it."

Daniel watched her, saying nothing.

"You would make a good husband," she said, softly. She stopped floating and straightened to face him, her feet dancing through the water. "If I ever decide to get married, I'll probably marry you." There was a laugh in her voice and Daniel forced himself to smile in bland amusement.

She held on to his arms, and looked into his eyes so directly he almost recoiled.

He blinked water out of his eyes, and stared back at her.

"You know, you can kiss me if you want."

Surprise coursed through him and he hesitated only for the briefest moment, before pulling her against him, crushing his lips to hers with a passion that surprised them both. He tasted the ocean on her lips, felt her small strong body aligned with his, and wondered how it could be possible that he wanted her even more than before.

All his suppressed desires surged up in him now, punching through the caution and control he had cultivated so carefully. She broke away from him suddenly, her dark gaze locked with his, her chest heaving. He wondered if the intensity of his reaction had frightened her. They gazed at each other as the day slipped rapidly into night, the ocean darkening as the sun drifted beyond the horizon.

She gave him a soft, trembling smile. "Take off your shirt, Daniel."

Early the next morning, when Maya's flight was circling the runway for take-off, Daniel lay in bed, his arms thrown over his head, his mind churning. He knew better than to think too much of what had happened. Maya had said little after leaving the beach, only hugging him tightly before running to catch a taxi home. She was a free spirit, and she would never choose him, or anyone else to settle down with.

For one glorious, brief moment, they had laid bare their feelings for each other. And somehow, it was enough.