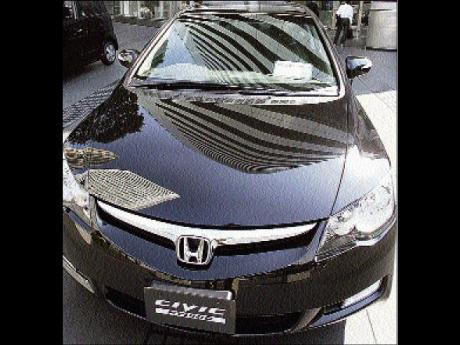 "We have a list of 28 Accords and one CR-V affected by the recall," said Chris DaCosta, general manager/sales at the Hagley Park Road dealership.

"Our parent company in Japan will be sending the replacements for vehicles anytime soon," he said.

The ATL Motors executive said that as soon as the replacement parts arrive, owners would be notified.

"We will be notifying owners as soon as the parts arrive," DaCosta said, "and this is not a cost to the customer."

Last week, the Japan number-two auto giant - Honda - recalled 437,000 vehicles globally due to faulty airbags. Of that number, 87 per cent were sold in the United States (US).

According to media report, the recall is due to inadequate pressure from a stamping equipment which failed to keep expanding airbag inflators from bursting. Weeks ago, the company recalled 646,000 Honda Fit/Jazz due to a faulty power window.

DaCosta is, however, confident that Honda will sort the problem out soonest.

"Honda is standing by its products and will have the problems corrected soonest," he said.

Honda's announcement came at a time when there was heightened anxiety about automotives recall.

Germany automakers Volkswagen joined the ranks on Friday when it recalled nearly 200,000 cars in Brazil because of a problem with their rear wheels.

Prior to that, Toyota suffered a battering when its iconic gas-electric vehicle - Prius - suffered temporary braking failure while travelling over uneven road surfaces, potholes or bumps. Days before, the company recalled 3.4 million vehicles in the US, Europe and China as a result of sticking accelerators.

ATL Motors is a division of ATL Automotive Ltd and has been the sole distributor for Honda automobiles since August 1997.