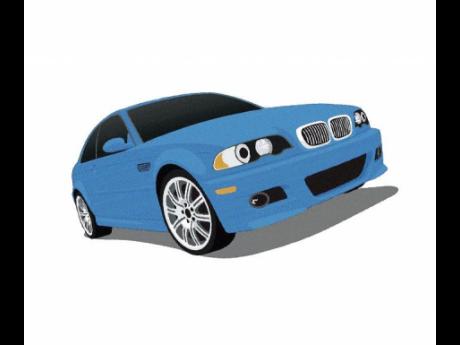 The Jamaican operation American Home Assurance Company (AHAC) is exiting the motor-insurance market, citing high losses in the business over the last 13 years.

"The class of business has not been performing profitably, and we have not been making money on the motor segment. Our combined loss ratio has been about 129 per cent in 2009, which means that for every $1 in premium paid, approximately $1.29 is paid out in claims," said Earl Codling, general manager of AHAC.

"Looking at it, we don't have the expertise, but the sector on a whole has lost billions of dollars in claims, and we could see rates going up again," he said.

For the first six months of last year, total underwriting loss for the general-insurance industry was $1 billion, of which losses from motor insurance accounted for approxi-mately $447.5 million.

Claims incurred amounted to $5.5 billion, with motor accounting for the majority of $4.3 billion.

"With the cost of claims, cost of labour, and fraud on the increase, we have decided to stop underwriting motor policies," Codling told The Financial Gleaner.

The company has already stopped writing policies, but will continue to service the contracts now in force until their respective policy anniversaries, at which point the business will not be renewed.

Codling said the decision would have limited impact on company revenues and profits.

"The impact won't be great. Motor is just a small part of our total business portfolio," he said.

At the end of 2009, AHAC's motor line accounted for 5.6 per cent of gross premium income, which totalled $1.2 billion for the year.

Other general insurers concur with Codling, pointing out that the motor market tends to be one of the more volatile business lines.

"We think it's an area that can see improved results and profitability. The approach is to get the pricing right," said Peter Levy, general manager of British Caribbean Insurance Company (BCIC).

"We have had increasing loss ratio over the past few years. Underwriting losses is a norm in that segment, but a number of companies have adjusted pricing to write it profitably."

According to Levy, the typical loss ratio for the market is around 70 per cent.

"One universal thing though, is that the lower-value vehicles are the least profitable. The premiums generated are not covering repair cost and we have also identified certain characteristics that are correlated to higher risk," he said.

"I can't speak for everyone," he said, "but it requires one to be prudent and efficient in underwriting," he said.

Thompson said his company had projected a 100 per cent combined loss ratio for this year but was working to lower the ratio below 95 per cent.

AHAC has 1,200 motor policies on its books, with total wind-up of the entire portfolio expected to be completed by March 2011, Codling said.

The company is accepting no new motor business, with the run-off for renewals - that is, retiring policies - starting this March.

AHAC is one of 12 general-insurance companies in the market offering motor policies and the largest insurer in the homeowners market.

Its other lines of business include property and casualty, personal accident, financial lines, lines, which comprise professional indemnity and fidelity insurance, as well as business-interruption products, packages for goods in transit, and engineering insurance.

While industry statistics for 2009 are still not yet available, AHAC in 2008 reported that it controlled 7.5 per cent of the general-insurance market. But its share is likely to be less for 2009, said Codling, with the company's gross premium income being lower than 2008, when it earned approximately $1.9 billion in gross income.

At the end of 2009, AHAC reported underwriting surplus of $74.4 million, a figure the company expects to surpass this year.

But it begins the current year with a deficit, having lost two of its big accounts this year - Port Authority and Airports Authority - representing some $700 million in premium income.

Nonetheless, Codling said AHAC would be pushing aggressively to make up the lost revenue by offering plans to small and medium companies, and pushing more into the homeowners and condominium markets.

According to the latest data from the Insurance Association of Jamaica, the general-insurance market was valued at $13 billion in gross premium income at June 2009, with motor bringing in 45 per cent, or $5.9 billion.