A windy agenda - JPS has a US$36m renewable energy plan 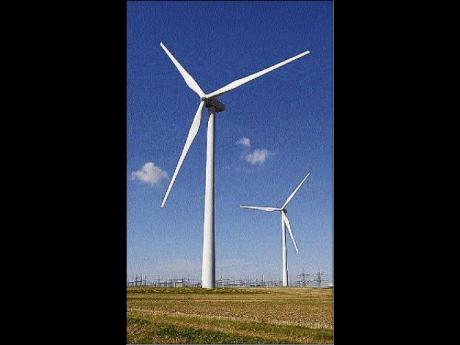 The Jamaica Public Service Company Limited (JPS) has budgeted approximately US$36 million to add 10 megawatts of renewable power to the national grid by 2012.

The plant was rehabilitated for US$1 million after eight years of inactivity, in collaboration with the National Water Commission, owners of the facility.

The power company is now preparing for its first wind-energy project, with the prospective generation facilities being earmarked for Munro in St Elizabeth, at a cost of US$9 million. The project will contribute an additional three MW of power to the national grid, and is set for completion by the fourth quarter of 2010

The four wind turbines, which are slated for the Munro project, will have a life of 20 years, and are designed to withstand storm winds of up to 150 miles per hour, the company said.

"As the main supplier of electricity in Jamaica, JPS is committed to fuel diversification in the energy sector," said Valentine Fagan, vice-president for genera-tion expansion.

"We intend to play a very active role in this regard. In addition to the new wind project in Munro, we will be exploring other renewable sources, such as hydro and solar power, as part of the process of reducing the country's dependence on imported fuel," he told Sunday Business.

The company has also earmarked US$26 million for the construction of another hydroelectric plant at Maggotty in St Elizabeth, scheduled for completion in 2012, to provide another six megawatts of power for JPS customers.

JPS in an earlier report also spoke of plans for similar facilities at Mahogany Vale in St Thomas and at Rio Grande in Portland, however, no timeline has been placed on those projects.

The light and power company's fuel bill in 2008 hit US$655.82 million in a year of record-high oil prices, representing more than two-thirds of revenue of US$988.2 million.

Its 2009 financials have not yet been released.

According to the company's website, this is part of an overall thrust to grow the use of renewables from less than 5.0 per cent now to 15 per cent by the year 2015.