Crossroads of fantasy and reality 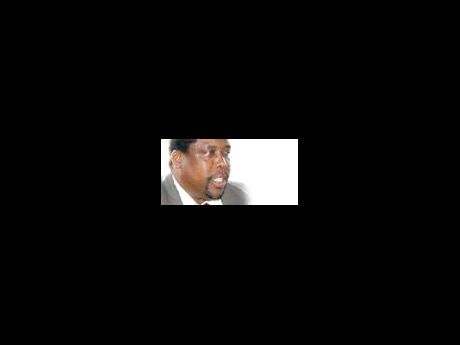 The Jamaican Parliament is supposed to be the final authority for deciding how much revenue should be raised for the national budget. It is also responsible for determining how much money should be spent each year on goods and services by the Government. A recent document released by the International Monetary Fund (IMF) reveals that the country's budget for the next four years has already been determined before being presented to Parliament. It is as if our Parliament and its members have all been made redundant.

What is worse is that the document said that the IMF had not received communication from the authorities of Jamaica indicating whether they had consented to the fund's publication of this paper. What we do know is that Parliament last met on Wednesday, and these 87 pages of IMF documentation outlining the future of Jamaica were not presented there. The MPs and the Jamaican people alike are being kept in the dark. The people of Jamaica must be told the details of this document and the hardships ahead for us.

Once upon a time, we were led to believe that the answer to Jamaica's problem was to 'change course'. Jobs, jobs and more jobs would flow. The economy would grow six per cent per annum, and interest rates would be very low, at two and three per cent. Many people with a sense of history and realism pointed out that such talk was puffery and wild promises. Such promises have turned out to be nothing more than fantasy and cheap electioneering for which 'Jamaica would pay dearly'.

Today, we are at the crossroads where the fantasy ends and reality begins. From 10 consecutive years of positive growth in the gross domestic product (GDP) up to 2007, we now have the reality of two years of negative growth. Indeed, the Jamaican economy has declined by 5.1 per cent, taking the country significantly below where Mr Audley Shaw found it in September 2007.

While the economy has declined, the IMF document has shown that our national debt has grown since March 2007 from $950 billion to $1.499 trillion. Unfortunately, the Government cannot show any achievement to justify this level of debt. Since 2007, unemployment has increased, so, too, the number of people falling into poverty.

The truth is things have become very bad for most people in Jamaica and worse seems the realistic interpretation of the signs in the IMF document. No pain without gain is a cliché which runs true sometimes. There is no guarantee that this bitter medicine being imposed on the Jamaican people will lead to gain for the masses of our people. In fact, the IMF document shows that after all this pain and suffering caused by the three tax packages, four years of wage freezes, higher prices, record levels of crime and other belt-tightening measures, the country will be no better off than it was in 2007 before 'the Driva' took charge.

Speaking in the IMF debate in Parliament on January 26, Opposition Leader Portia Simpson Miller impressed me when she said the following; "All of this in an attempt to take the country and the economy back to where it was when they became the government in 2007." She continued: "Talk about changing course! This has proven to be an expensive detour from the road of progress to the round-a-bout of promises. A long drive to nowhere." A long drive on the highway of fantasy to the rough, rocky and unpaved road of IMF reality is the journey that our country has endured in the last two years. Talk of global recession while real, is but a cover-up for incompetence and mismanagement by the Government, which spends too much time believing the fantasy and stupidity that Jamaica would benefit from the global crisis. Too much time was spent looking in the rear-view mirror, berating the past and cursing the Opposition. Too much time was spent believing the nonsense that remittances would not be affected."

This week, the Guyanese minister of finance reported to his Parliament that last year, Guyana had GDP growth of two per cent. Indeed, they have had four consecutive years of growth and are expecting bigger growth next year. Guyana also faced the same global recession and suffered a fall in remittances, bauxite and other impacts of the global crisis. President Bharrat Jagdeo and his Cabinet are showing to the world that with proactive management and proper policies, a country can grow its economy even in the midst of a global crisis. Sadly, in changing course in 2007, Mr Golding and his Cabinet interrupted the growth momentum of P.J. Patterson and Portia Simpson Miller. The IMF Article IV report published in May 2007, five months before the JLP came to power, confirmed that the Jamaican economy was moving in the right direction. In hindsight, many people are now accepting that the 'nah change nuh course' crew was better for Jamaica than the 'changing course' posse. It is, therefore, no surprise that the Government is now promoting the previous PNP policies and programmes, such as Highway 2000, Harmony Cove Resort, Falmouth Pier Cruise Ship Pier, the Montego Bay Convention Centre and the Downtown Transportation Centre, as a 'new beginning'.

With no gains to show for the fantasy and failure of 'changing course', the country is beginning to recognise that the stone the builder once rejected is in reality the head cornerstone on which the future of the country should be built. Prejudices have led many of us down the road of fantasy. Now at the crossroads, the facts beckon a return to the reality of growth and a better future. The time for redemption is fast approaching.

Lambert Brown is president of the University and Allied Workers' Union and may be contacted at Labpoyh@yahoo.com.