Alborosie - on a reggae mission 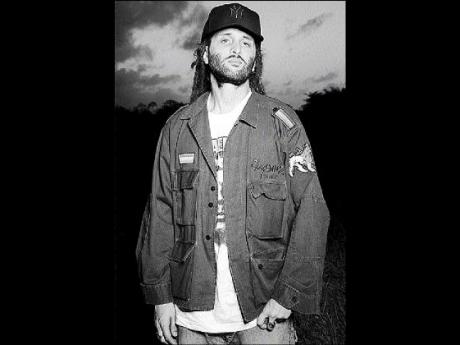 Ten years ago when Alberto D'Ascola settled in Port Antonio, Portland, all he wanted to do was record some wicked tunes with the biggest names in dancehall/reggae. As it turns out, he is the one making the most noise as singer Alborosie.

The dreadlocked Italian was scheduled to make his first appearance in the United States yesterday with a show at the Arcata Theater Lounge in Arcata, California. It will be one of seven dates in the Golden State for Alborosie whose Escape From Babylon To The Kingdom of Zion album was recently released in the United States.

Speaking to The Sunday Gleaner last Thursday, just before leaving for the US West Coast, Alborosie said he felt little pressure to perform in that country.

The US set has 18 tracks, six more than its Greensleeves counterpart. The much-touted Kingston Town, Real Story and a cover of Steel Pulse's Steppin Out are among the additions to the self-produced album.

Last year may not have been a banner one for dancehall/reggae, but Alborosie had reason to smile. He had sold-out shows in Europe, especially his homeland and France, and scored a big dancehall hit with Blessing alongside singer Etana.

VP has put its considerable weight behind Alborosie who is currently managed by Clifton 'Specialist' Dillon, the man who guided the successful careers of Shabba Ranks, Cobra and Patra back in the 1990s.

Alborosie has an unlikely lineage for a reggae artiste, having been born in Sicily, the Italian island notorious for its Mafia ties. He is the latest Euro act (remember Dominic from England and Germany's Gentleman?) to try his hand with the Jamaican sound, but feels living in Jamaica for nearly a decade has given him the edge over his predecessors.

"A lotta people come here and lay riddim, den dem go back home. But I live here an' I feel dat has helped me tremendously," he said.

Alborosie is the second of two sons born to a father who was a police officer and his wife, a home-maker. He said he discovered reggae as a teenager in 1992 when he heard Bob Marley, then began listening to other roots luminaries like Burning Spear, Culture, Dennis Brown, Black Uhuru and Steel Pulse.

The following year, Alborosie recorded Wild City, his first song. In 1995, he travelled to Jamaica and became a regular fan at Reggae Sunsplash and Reggae Sumfest, before settling in Port Antonio in 2000.

There, he operated Shengen Entertainment, which produced songs by Beenie Man, Sizzla, Wayne Marshall, Lutan Fyah and Natty King. Most of these productions appeared on compilation albums, done mainly for the Japanese market.

"Is what yuh call juggling riddims, dem do a thing but neva sell nuh big way," he said.

It was not long before Alborosie began recording his own songs, several of which can be heard on his debut album, Soul Pirate. That set gave him a small following in Europe where he played the festival circuit.

Alborosie's fan base extended considerably to Latin America by the time Escape From Babylon was released. Prior to his US shows, he did three shows in Mexico and plans to return to that region in April for dates in Argentina, Costa Rica and Chile.

A 30-show tour of Europe follows the California gigs. Despite the current demand, Alborosie said being the next major reggae star means little to him.