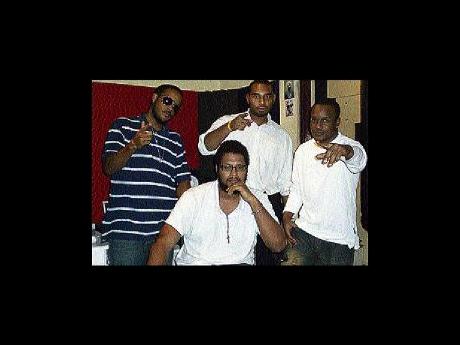 With just a year's experience under its belt, Road Block! Films has been making its mark in the film industry.

The company, which was started by Marvin James, Kerrin and Pierce McLean, Otto McLeod, Kirk Lee and Mark Nicholson, benefits from the combined unique talent of each person.

"It's just a group of us that came together with different talents," James said.

Three of the members, James, Nicholson and Lee, worked at Shot TV, which was a station on cable provider Entertainment System. However, they had no formal training.

"We taught ourselves, no formal training. Just like any computer programme, you sit down and you learn it. A lot of experimenting. You have to be free-minded and willing to learn things," James told The Sunday Gleaner, noting that they had to do a lot of research as well.

McLeod attended Creative Production and Training Centre and did adobe editing. Kerrin McLean attended SAE Institute of Technology in Tennessee, USA, where he studied audio engineering, and Howard University, where he did graphic design. Pierce McLean has a degree in audio engineering and music business from Full Sail University, Florida. Lee is currently studying multimedia.

Since starting Road Block! Films, they have done at least 15 music videos, including Ninja Ford's Some Days, Mr G's Before The Year Done, Street Life and Victims for Richie Spice, Wasp's Unfair Officer and for Ding Dong they did Holiday, Party Cup Medley and Responsible Parents.

Another two videos should be done soon - Work by Damarie and Tables Are Turning, which is a collaboration by Christopher Martin, Ding Dong, Chevaughn and Craig of Voicemail.

Having been in the business for a short time, James said the company has been blessed.

"God bless us. We got a few links here and there and we just made use of all the contacts and opportunities we got," he said.

And, like any other business, Road Block! Films has not been free of difficulties.

"The biggest challenge we have sometimes is just the budget to express our vision, especially in this recession. The biggest problem is really the money," James said, adding that sourcing equipment was also an issue.

He also said there have been improvements in the local film industry, which have been beneficial to his company.

"I like what is going on based on where it was in the past. Everybody in the industry is getting better. If there is no competition, there is no growth," he said.

James said most of the music videos he saw as a child lacked creativity and were cheap. And back then videographers overseas would be hired to shoot videos. But that is no longer the case, as he said most of the videos being done locally can be aired on any foreign station.

He also said he hopes there would be more film festivals and government assistance.

James said there is much in store for Road Block! Films.

"We are looking to actually do more music videos. At Shot TV we used to do commercials, so we are looking into that. We are even thinking about doing short films," he told The Sunday Gleaner.

"As long as we stay focused, I don't see why we can't continue to be a good contender in the industry 'cause everyday we learn something new."