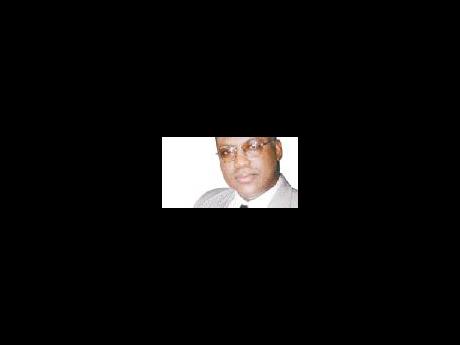 That disgraced cop arrested for allegedly trading arms with criminals has not just incalculably deepened public mistrust and apprehension of the police. He has set back crime fighting to a considerable degree, for it will be that much harder to pass any legislation giving more power to the police. If Golding's crime bills were severely wounded before, the requiem has now been pronounced.

'Who will guard the guards?' the Romans used to ask. And the question echoes frighteningly in Jamaica today. Terrifying stories are told about corruption in the security forces. Indeed, there are hair-raising stories of corruption in all sectors of the society. Corruption has now been standardised. It is now almost an aberration to find honesty and straight-dealing.

If Jamaica is to get a fresh start economically, it is not our recently concluded deal with the International Monetary Fund (IMF) which will ensure that. It will not be the success of Jamaica's debt-exchange programme. Nor will it be with the long-awaited return of low interest rates. These are the things the media are obsessed with, but unless this country deals decisively with corruption and crime - and its root causes - we will not have the economic transformation we so deeply desire.

In 1922, the late Professor Carl Stone put his finger on a central problem in his very insightful and engaging final paper, Values, Norms and Personality Development in Jamaica: "The dominance of money as the single most important currency of influence, power and status and the decline of respectability as a status-defining factor have produced increased and rampant corruption in both Government and in the private sector corporate world."

And, as regular readers would expect, my next quote is from Professor Don Robotham's memorable 1998 GraceKennedy Foundation lecture, 'Vision and Voluntarism', in which he noted that "right before our very eyes, we are witnessing a fundamental shift in the values of the Jamaican people, and one critical aspect of this is an abandonment of altruistic attitudes and the replacement of these by a narrow individualism based on a shallow understanding of what a market economy necessitates".

It is money which runs things. Even people who are regular churchgoers and gospel grinders have been seduced by mammon and regularly trade their religious scruples for monetary gain. Indeed, in one high-profile corruption case reported in the media recently, the dirty deed was concocted right on the premises of a prominent church in Kingston. Many people do not allow religion to interfere with their goal of 'stepping up inna life'.

What our commentators and analysts have not given much attention to in all their high-brow discourse on our IMF agreement, the debt exchange, the medium-term economic programme, fiscal management ... blah, blah, blah ... is how our people's values and materialistic obsessions will impact our prospects for economic growth. We have this penchant to discuss economics outside of a social or philosophical context. And we keep getting it wrong. Our politicians also need to understand that the Jamaican people need far more than hard information and facts. It is not enough to speak to their heads. You have to touch their hearts and affect their values.

The implications are that standards of living will fall, at least in the short term. That is the price we have to pay for the necessary economic adjustment. But this means that people will have to adjust their expectations and living standards. They have to cut back and bling less. They have to reduce expenditure.

The IMF has, indeed, moderated its course and is now more accommodating of social spending, hence, provisions have been made in this IMF programme for a significant increase in the budget for the PATH programme.

But that does not solve our problem. As has been demonstrated by decades of political science research, it is not those at the very bottom who provide the greatest source of social tension and the raw material for revolutionary action. No. Many of those have resigned themselves to perpetual marginalisation, or are looking to Heaven for their reward.

It is the working class, lower middle class and middle-class people, with their sights on upward mobility and 'progress', who are so angered, frustrated and disillusioned with 'the system', that they will revolt against it. There are large numbers of Jamaicans not eligible for the PATH programme who are under economic pressure and frustrated about their prospects. They will face compression of their living standards without any cushion whatsoever.

How will we contain the frustrations and anger of this broad group of people? The People's National Party (PNP) senses that it is not just the traditionally poor who constitute an important disaffected group, but also the increasingly impoverished middle class. If you notice, Opposition Leader Portia Simpson Miller has been talking not just about the poor and the working class, but including making reference to "the middle class and young professionals". The PNP has officially taken up advocacy of the middle class - a far cry, incidentally, from the PNP of the 1970s under Manley. (No wonder Portia is quoting so much from Norman Manley these days. He was the darling of the middle class.)

A critical source of discontent lies in the middle class, which is seeing its dream of upward mobility and rising living standards vanish before its eyes. A critical issue which the commentators and financial analysts are not asking in their economistic fixation is, with rent and home ownership costs set to go up with property tax increases, with significantly reduced earnings on Government paper; a freeze in public sector wages over the next two years, increases in taxes on some luxury items and an expected fiscal compression, what will motivate young professionals to stay here?

Don Robotham correctly identified in his GraceKennedy Lecture, the fact that there was nothing which united Jamaicans outside of sports. There was and is no common vision, no overarching set of goals to which people are united and which they rally around; no practical patriotism which would make people postpone gratification ungrudgingly in the national interest.

The temptation to corruption and 'bandoolu' is one thing; and that is likely not to be resisted. But even among those strong enough to resist corruption, what will make them want to sacrifice for 'the national good', 'the good of our children', 'for our nation's welfare' or whatever other nice-sounding phrases our political leaders like to employ?

A simple question for you. Our recent debt-exchange programme was a resounding success. Hailed by overseas-based investment analyst Jason Abrahams as a first in the world. But one simple question: Knowing what you know about our people, if the debt-exchange were 'voluntary' in the traditional sense of that word - if people did not think they could not get away with free riding, if no question arose in anyone's mind about possible sanction - do you believe people would willingly, with glee and nationalistic gusto, surrender 24 per cent interest rate for less than 12 per cent? Do you? Are we that kind of patriot?

How many of the students at our tertiary institutions who are demonstrating and demanding that taxpayers continue to subsidise their education, for 'education is a right', and without education they wont 'get a chance to develop their country'; how many of those asking why won't this Government 'invest in the future of Jamaica' would stay here and 'band dem belly', sacrifice, working for less than what they could make in North America, simply out of a sense of duty to their beloved country? How many? Is money run things, not sentiment.

It is money, and all it can bring, which is supreme here. Our materialistic, hedonistic addiction is a tremendous source of social and political instability. We do not generally think long term. And this is a major problem for all political parties. It is not just this Government's problem. This is why I have continued to maintain that the values and attitudes, or fresh-start programme, is the most important of all the Government initiatives on the table. But nobody really believes that.

We are busy talking about medium- term economic programme, export strategy, wooing Chinese, Middle Eastern and other investors; building casinos and lowering interest rates. We are narrowly focusing on the galloping crime and murder rate, the sickening but ever-present corruption, but not making the connection between that and our money lust and lack of a common vision. When I speak of a common vision, I am not saying the Government does not have a vision or a plan. The Government articulating a vision is not the same as the nation embracing a vision.

The Government has its 2030 Vision. But I am not talking about a vision which the Government asks us to buy into. I am talking about a vision which the people as a whole internalise. That is what we lack. And until we get there, we will continue to spin our wheels and roll the stone up the hill only to have it ceaselessly roll back down, Sisyphean style.

Ian Boyne is a veteran journalist who may be reached at ianboy1@yahoo.com or columns@gleanerjm.com.