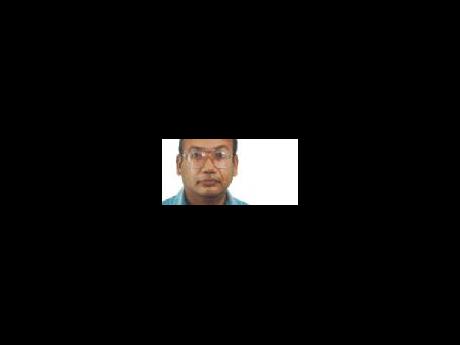 In 1974, Cheryl Payer wrote what must still be considered the classic on International Monetary Fund (IMF) conditionalities, titled The Debt Trap: The International Monetary Fund and the Third World. Jamaica has just been approved for an IMF loan. If all goes well over the 27 months of that agreement, Jamaica will be in greater debt after than before the agreement. We are $1.449 trillion in debt now. We will be $1.8 trillion in debt then, if all goes well.

Jamaica's intention is really to borrow from multilaterals to fund its budget at the cost of greater debt in the future. Even the JDX debt swap is a swap between paying less to investors now to spend less on government. Government will receive less too because it invests in the same bonds that it is paying less interest on. But these government services are necessary to make the economy more productive. Without production we will accumulate more debt in the future. That is the debt trap.

The Jamaica debt swap adds to a new form of our debt trap. It will compound the problems of the well-known debt trap of the IMF that Payer wrote about. The basic reason for this debt trap is that neither the debt swap nor the IMF conditionalities provide any production plan to grow our economy so that we can repay our debts.

The IMF's plan will contribute independently to that debt trap. However, the debt swap has resulted from Government's own mismanagement. Our debt jumped from $950 billion to $1.449 trillion between September 2007 and the present. This is neither the result of any IMF policy nor the previous administration's legacy.

The IMF has either proposed or encouraged the debt swap because it still believes in limited government. Its philosophy is that the less government does, the less it will do badly. But that is only true for bad government and government is not all bad. The IMF (and the private sector) live by the dogma that government must cut its spending to be less expensive. This sounds good as a market dogma.

But what about good government services like health? Fenton Ferguson of the Opposition said, as of the end of December 2009, the Ministry of Health owed $1.8 billion. It, therefore, will not provide services for the healthy population that a productive society needs. In fact, it will now have even less to spend. The ministry will be earning less from interest on bonds held with government too because of government's very debt swap.

We won't have a productive population if we don't educate our people either. Both Portia Simpson Miller, the leader of the Opposition, and Basil Waite, the spokesperson on education, have pointed out that the freeze on education subsidies and the undercapitalisation of the Students' Loan Bureau (SLB) are likely to cause deregistration for thousands and effectively freeze their educational opportunities. You see, the SLB will also receive less on its investments in bonds as a result of the JDX.

We are already getting less government for greater debt. Garbage is not being collected; contractors are not being paid for completed projects; schools and hospitals are underfunded each month. The list goes on. Omar Davies told us in the parliamentary debate on the economy on January 26 that all sectors of the Government of Jamaica (GOJ), particularly those providing social services, are already handicapped by significant payment arrears, with many suppliers unwilling to offer any additional credit. The leader of the Opposition told a People's Forum on Thursday last that other state services funded through the National Housing Trust and the National Insurance Fund were at grave risk.

Freeze on salaries, freeze on subsidies and freeze on investments will freeze production too. The debt swap locks investors in for longer maturity periods for lower interests earned. Those investors include private investors and Government. In theory, it frees up funds for the private sector by making Government borrowing less attractive to investors, relative to private borrowing. However, this assumes the private sector is productive. We know how import dependent and consumerist it is and, according to Ian Boyne, it is "backward, timid and parasitic".

In 2009, the private sector received big incentives in Government's stimulus package. Still, we have had four quarters of economic decline since, 40,000 jobs lost, conservatively speaking, and $48 billion more in taxes in one year. These are the taxes we pay to make up for the taxes they don't pay from the production they don't show. Where did the $47 billion in stimulus money go? It has piled up on top of our other debts.

Jamaica needs production. It is out of production that we will be able to pay taxes and fees and all those things that make up revenue. If we keep paying more interest with less revenue, we will end up in greater debt. The GOJ-IMF policies that lead us to this will trap us into deeper debt. This is what is happening. Peter Bunting pointed out that Jamaica's interest payments jumped from 47 per cent of revenue in 2007-08 to 50 per cent in 2008-9 and spiralled to 65 per cent by 2009-10. That was because of the effect of GOJ's high interest rate policy, which depressed the economy, causing less revenue to come in.

The result is that, even before the debt swap, which will cut into Government's earnings for health, education and other services, the rising interest-payments ratio to revenue had already cut Government's services back by 30 per cent in 2009 alone.

Bunting, summarised the problem well in his debate in Parliament saying that after four years of declining debt/GDP, the "debt/GDP ratio, the standard measurement of an economy's indebtedness, started climbing from 114 per cent in 07-08 to near 140 per cent at the present time and this is before the loan disbursements by the multilaterals, so our indebtedness will increase further."

Omar Davies has said that the JDX and the three tax packages of the year have taken out about seven per cent of GDP from households and companies. This is an unprecedented amount for any country in any one year. The effect will be to depress demand from everything from box juice to real estate and local produce on the supermarket shelf. The question Lisa Hanna asked in the parliamentary debates is, therefore, more powerful and pertinent than ever, what about production?

The GOJ-IMF data admits that by 2013-14, Jamaica's debt to GDP will be 120 per cent, which would mean debt of $1.8 trillion. This would still be almost two times greater than what it was in September 2007. However, this assumes that all goes well. The point that the GOJ and IMF continue to miss is that, as economists like to say, the fundamentals are not in place for the targets they have in mind. The economy is not structured for production but rather for consumption. It is import dependent, not export oriented. Its opportunities are shamelessly unequal and it cannot give jobs and decent wages to many people. There is nothing in the debt-swap debt-trap plans to make it otherwise.