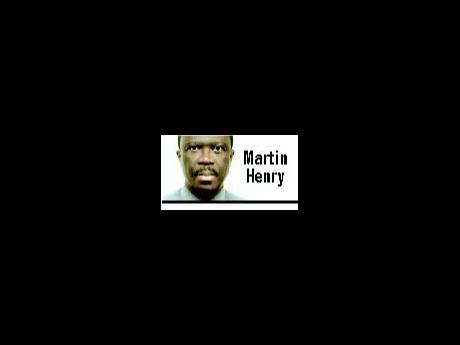 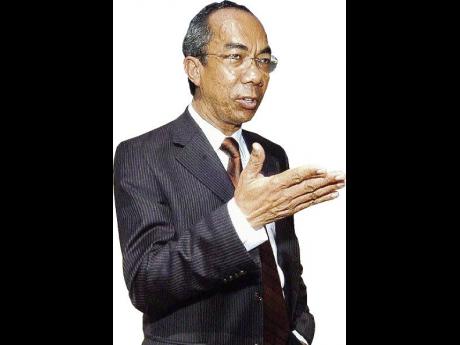 Today, I will have to write about two rather different things, although they are related in a perverse sort of way, the failure of our politics to use self-government and Independence to build a prosperous and peaceful society, which was perfectly possible.

In the first instance, Minister of Water and Housing Dr Horace Chang almost killed me with surprise when he was reported in a newspaper story as saying that sugar and poverty came together and "it would have been better if the sugar industry had died many years ago". And he was speaking at a sugar event in one of the major sugar belts of the country!

Then the Old Lady again displayed in pretty powerful fashion what she can do with cutting-edge investigative coverage of an old story from fresh angles. Starting in The Sunday Gleaner last Sunday, The Gleaner has offered an excellent set of graphic stories, 'Across enemy lines: Bloodshed on the border'.

In the course of last week, neither Minister Chang nor the reporter, to the best of my knowledge, has lost his job. In fact, the whole issue the minister raised, of sugar and poverty walking hand in hand, has gone mighty quiet. I want to make some supportive noise about it.

The Chang shocker was a shocker not because it is not true, but because of who said so and where. Speaking in Trelawny two Fridays ago at groundbreaking for 'housing solutions' which sugar workers can afford, Chang "blamed the sugar industry for persistent poverty among some workers, arguing that the generally low wages they took home over the years did not allow them to raise their living standards", the report said.

Even the most casual observation will reveal that sugar salaries are among the lowest in the economy, and the country's biggest swathes of poverty neatly coincide with the sugar belts. Who is going to successfully challenge Chang's declaration that "as a young politician, every infirmary I went to in western Jamaica, the largest part of the population was sugar workers. Three-quarters of the population of poor houses, as we call it, were people from the sugar estates. And the worst poverty you can witness anywhere in Jamaica is to go to the barracks of a sugar estate." I was surprised when I first learned years ago that rural poverty is more severe than inner-city poverty. If Chang is right, the sugar industry would be an important factor in this.

The argument which has sustained the post-Emancipation sugar industry, and which the country has bought wholesale, is "we can't do better". The pre-Emancipation sugar industry was based on 'free' labour by owned property, the slaves. The post-Emancipation industry has been based from 1838 until now on cheap labour. The justification has been that the sugar industry cannot survive paying higher wages; uneducated and unskilled wor-kers need the work in the industry; the country needs the income from the sugar trade which, for much of its life of nearly 350 years, had a guaranteed market in Britain; and our soil and climate were designed in heaven specifically for the sugar cane plant, so what else can we profitably turn to?

But profitability, or even mere survival, predicated on poverty level cheap labour, is bad business, bad economics and, ultimately, bad for development.

Two national heroes first rose to prominence out of wage riots in the sugar industry and on the waterfront, where the sugar trade accounted for much of the business there. Their trade unions affiliated to their political parties had their centre of gravity in the sugar industry, and up until today have only achieved relatively small-scale adjustments of wages and conditions for workers at the manual level of the industry. To what extent the heroes, the trade unions and the political parties have betrayed rather than assisted the sugar worker is an open question which the country prefers to dodge.

Minister Chang raising his complaint from the inner sanctum of Bustamante's Jamaica Labour Party, in which members of the Bustamante Industrial Trade Union have prescribed places, said he was heartened by an assurance from Minister of Agriculture Dr Christopher Tufton that a modern sugar industry can be built, one that will allow workers to earn a decent income, "although it will mean a lot less people being employed".

I wonder if these two upstarts realise the degree to which they are breaking with their past? Bustamante, founding union leader and party leader and prime minister, who was dead set against mechanisation; Hugh Shearer of union and party and country leadership; Pearnell Charles, the nine-lives Bustamanteite; Dwight Nelson, and the whole of the BITU and the JLP leadership, have fought tooth and nail to retain labour in the sugar industry (who can be converted into grateful voters). Ultimately, this has meant keeping workers under the conditions which Chang has now uncharacteristically publicly castigated.

One little side question for the minister of housing: Why you can't build a whole heap more houses all over the country, like the ones in Bounty Hall, Trelawny, that other people, like the poor sugar workers that you are so sorry for, can afford?

Marvalyn Lawrence's grief-stricken, eye water-washed face illustrated the border-crossing bloodshed which has claimed dozens of lives in a civilised country ostensibly at peace. Lawrence is the mother of a murdered 13-year-old innocent border crosser. The Gleaner listed a string of borders set by thugs as young as 15 all over poor and violent urban communities across Jamaica.

The political roots of deadly borders must not be overlooked, whatever the present surface motive given for their existence. "Jamaica's bloody borderline culture," the lead story of last Sunday's Gleaner said, "is deeply rooted in politics, but gang warfare, which includes fights over turf and spoils, has made the lives of the innocent a living hell".

Police commanders, like Supt Delroy Hewitt who is in charge of the border-riddled and murder-riddled St Andrew South Division and has experience with the entire Kingston and St Andrew, can only describe the situation and pick up bodies and spent shells. Nobody seems to know how to dismantle borders.

Media reportage and commentary more often than not position women and children as innocent victims of criminal violence in the communal wars. It is almost as if the murders are tolerable if the victims are young men and women; children and the aged are exempt. An important recent study, which came up in the bloodshed on the border reportage by The Gleaner, underscored the role of women in perpetrating and perpetuating criminal violence.

'Bodies and borders: The lived expe-riences of women and men in the bordered community of Lyndhurst/Greenwich', noted that women should not be viewed as hapless victims of male domination and victimisation but are also active participants in, and perpetrators of, violence. Not only do they traffic guns and provide intelligence, some are directly involved in violence as a way of life, as cowgirls or gungirls. Children, too, are pressed into service.

I have long held the view that no lasting solution can be found to the problem of criminal violence in tribalised communities without understanding the critical role of women in sustaining the enterprise.