Now for the hard part 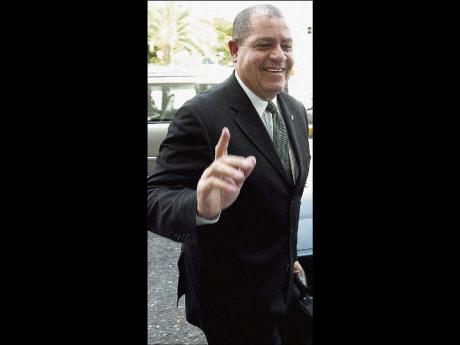 Finance Minister Audley Shaw has, with the Jamaica Debt Exchange Programme (JDX) pulled off a tremendous feat which, until it actually happened, had seemed unimaginable. He has engineered a dramatic reduction in the high interest rates that we had come to believe were a permanent feature of our economic landscape.

The holders of Government of Jamaica domestic debt have rallied behind his audacious scheme that will require them giving up billions in income for the long-term good of the nation.

Two decades of harsh monetary policies to mop up liquidity, combined with Government's fiscal indiscipline, have left us drifting on a tide of unsustainable debt and economic stagnation.

The years spent in the grip of the high interest rate policy have sapped the productive energy of the country. The Government's insatiable appetite for borrowing and the high returns paid to the holders of its debt have been a disincentive to productive investment, battered the country's entrepreneurial spirit and created a culture of unrealistic expectations by guaranteeing large risk-free returns.

Why would anyone start up or invest in an enterprise that would involve a certain amount of risk and take years to show a profit when a safe, lucrative alternative existed?

The JDX has opened up a small but important window of hope in what had increasingly appeared to be a sea of unending despair. A decisive break from this ruinous policy was needed and the JDX has offered that possibility.

However, we must recognise the JDX as a critical piece in a much broader plan to make government smaller, cheaper and more efficient and, in doing so, liberate resources to facilitate strong and sustainable economic growth.

Now for the hard part:

In its agreement with the IMF, the Government has committed itself to a broad range of goals that will require tremendous amounts of political will, hard work and sacrifice to achieve. It has committed itself to cutting the fiscal deficit, reducing the national debt, reforming taxation and, most significantly, reducing its own cost by rationalising its functions and shrinking its size.

I will focus on the area that I consider most challenging, the fundamental restructuring of the public sector.

This has been considered necessary for more than 30 years and been the subject of numerous studies and policy prescriptions. Over the years, apart from the occasional tinkering, the political will to fully deal with this issue has never been found.

The Government has promised the International Monetary Fund that there will be a gradual cut in the overall public-sector wage bill from 11.75 per cent of Gross Domestic Product (GDP) to 9.5 per cent over the next four years.

As real GDP is only projected to show cumulative growth of 6.6 per cent over the same period, the real reduction in the public-sector wage bill is promised at 18.0 per cent.

The nominal growth in GDP over the same period is projected at 32.5 per cent, so while space may even exist for a rise in nominal wages after the freeze expires at the end of financial year 2011-12, when the previously granted increases are factored in, the most likely outcome is a significant reduction in the number of public-sector workers.

Government must remain capable, efficient and accountable but it will divest itself of many functions to return to its core business of law and order, human development, and economic facilitation.

This is a tremendous challenge but, if handled deftly, could also be a great opportunity for productive enterprise. Numerous opportunities will open up for individuals and businesses to offer these services. Coupled with the fall in interest rates, this has to resuscitate entrepreneurism, economic growth and job creation.

This process cannot be left to chance because, as jobs are shed in the public sector, social cohesion and peace will depend on an accelerated creation of jobs and opportunities in the private sector. The 25 per cent increase in spending on the social safety net will ameliorate the inevitable fallout caused by the transition, but the only guarantor of success will be strong and sustained economic growth.

Innovative thinking will be required and the functions of Government to be divested should not be limited to commercial activities. Even law and order, health and education should be studied closely for opportunities to enlist the private sector and civil society.

Is there, for example, an expanded role for the churches and citizens' associations in taking over the running and maintenance of schools, children's homes and places of safety? I suspect there are churches that would deliver a higher-quality educational product, at a lower cost per student, than state-run schools. The Government needs to give them the resources but set quality and performance standards that it regulates and monitors.

Teachers are the largest single group of public-sector employees and this fact may offer a significant opportunity to meet the public sector restructuring targets.

Similarly, the Government should examine how community associations could be formally structured and expanded to help with security and order.

There is hard work to be done by the new governor of the Bank of Jamaica and other agents that regulate the financial sector and wider economy.

They must expeditiously find the correct balance between regulatory prudence and business accountability, a middle ground that does not stifle the risk-taking that is a necessary component of dynamic enterprise. Furthermore, they must be mindful that laws and regulations must encourage citizens to enter the formal economy by being pragmatic and consistently enforced.

There is important work for the bankers. They will have to wean themselves off government paper and ramp up their lending to new and expanding businesses. Their capacity for enterprise development and analysis and risk management will have to be significantly improved.

There is important work for the capable and experienced Patricia Sinclair-McCalla, head of the Public Sector Restructuring team. She will have to call on her many years of experience as a teacher and senior public servant to expeditiously garner, analyse, and communicate to the policymakers and implementers the research and studies that have been done on public-sector reform over the years, but never fully implemented.

She will have to use her skills as a communicator to listen to the many sensible suggestions from individuals within the public sector as to how it can make processes more efficient and cut waste without sacrificing quality of service or accountability.

The Opposition must do its job and keep the Government honest and accountable, but do so earnestly and responsibly by presenting credible and practical options to the Jamaican people at each step of the way.

The Government must communicate clearly and consistently to all sectors and levels of society. It must consult as much as is practically possible with all the stakeholders and explain, explain, explain.

In successfully executing the JDX, Minister Shaw has displayed the common sense and gumption of a man born and bred in the hills of Manchester.

Somewhere along the line, our many 'financial analysts' forgot that the ability to speak in the arcane language of economics and high finance is good, but useless if one cannot synthesise all the complex variables into pragmatic policies that grow the economy and enhance individual prosperity.

The sophisticates sniggered at a man they saw as a simple rustic but they underestimated his ability to cut through the thicket of macroeconomic theory and conventional wisdom to see the hard realities and make the difficult choices.

The country has embarked on a difficult journey fraught with challenges, but if we all adopt the bold and pragmatic approach that has enabled the JDX, we should ultimately succeed.