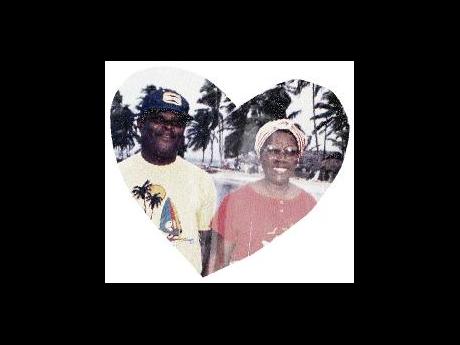 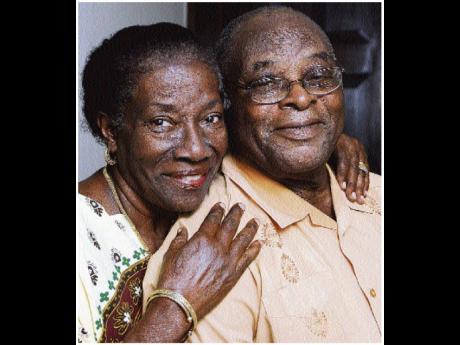 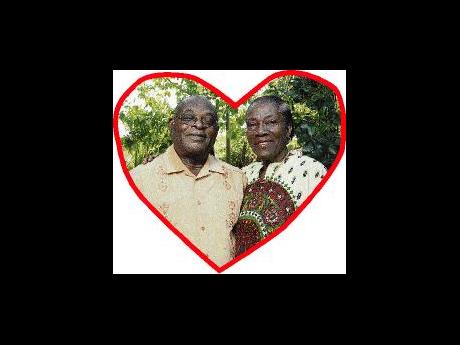 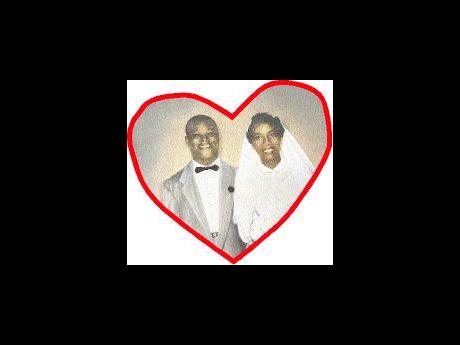 GLADSTONE AND Emma Hutchinson's life story has not been exactly a case of boy meets girl, flip through a few pages and inevitably end up at 'happily ever after'. The 'happily ever after' part is accurate enough - 52 years of marriage probably tallies up to several single lifetimes.

It is at the 'boy meets girl' that their lives divert from the standard text. And their experiences raising four children while working as a policeman and a nurse are worth much closer attention than a casual read through a novel of the Mills and Boon or Harlequin type.

Boy (Gladstone Hutchinson was barely out of his teens) did meet girl (Emma Gillings was still in her teens), but unknown to him, girl had been asked by another girl to pass time with him and send him packing when she was tired of small talk. Unknown to girl, boy liked what he saw and liked even more what he heard when they spoke.

They met in 1956 at the nurses' quarters, Earls Court, on North Street in Kingston. Gladstone, who was stationed in Montego Bay, St James, had been asked to deliver something to another nurse, Lesleen Ho Young, on one of his work-related visits to Kingston. On the Friday he was slated to visit, Ho Young had plans for a visit to Hope Gardens. So she pressed Emma into service, calling on her single status.

"She was going out. She came to me and said, 'There is a policeman by the name of Mr Hutchinson. He is bringing something from my mother, but I don't know what time him coming. Like how you don't have anybody, just talk to him please, and when you finish with him, send him on him way. How about that'?" Ho Young requested of Emma.

'That' was OK, as Emma had no plans apart from her schoolwork. "I wasn't thinking of any boyfriend," she told The Sunday Gleaner. So Gladstone turned up, Ho Young got him seated in the lobby and went upstairs to fetch her helpful pal. And "that's how we started talking; simple as that".

When Gladstone first saw Emma, she was "a bit relaxed", dressed in casual wear. "On seeing her I don't know, but my spirit just take on to her as the kind of person I would want. I was introduced to her and got her name, and so on," he said. "She looked like a settled, put-together person, not an outward, wayward person."

Her initial impression was "at first he looked like the average guy. I never had any intention for any relationship other than hello, how are you. Me a country girl. You talking to guy, your parents have to be around."

So Gladstone continued to call the nurses' quarters. There were times Ho Young would say, "Emma, Mr Hutchinson."

"She would say, 'It's your phone call. Mr Hutchinson is on the phone.' I said, 'Is not my call, why you telling me about man?'." It did not hurt Gladstone's cause that his job took him into Kingston every Friday.

A relationship developed and they visited each other's parents, whose approval was key. Emma says: "We did it the country way. The parents had to give their blessing and make sure they liked you."

Gladstone proposed to Emma while they were seated on a bench on the lawn at the nurses' quarters. "I told her I want her to be my life's partner and the mother of my children," he told The Sunday Gleaner.

Emma says, "At first I said to myself 'Am I ready for this?' I like the guy but I'm a little young. What if?' But he was all right, he's from a nice family".

Although she accepted the proposal, Emma still double-checked with her batchmates. A ring the young couple had selected at LA Henriques in downtown Kingston came in for close examination. One colleague said, "Gillings, if the guy propose to you, you know how much woman in the world would want a man propose to them? You get it and you a just 20. Man a propose to you and you a ask 'if'?"

When they went to class, Emma told Ho Young about the proposal. Ho Young announced to the class, "Ladies, before the tutor comes I have a something to announce." They clapped and asked to see the ring Emma was sporting, to see "if is good ring or tin-tin, because man is wicked". She took it off and passed it around with a warning to be careful. And one classmate said, "But wait, a good ring. Diamond in there. You lucky!"

Gladstone and Emma were married at All Saints Church, Kingston, on Saturday, November 9, 1957, in a late-afternoon ceremony. The reception was held in Kingston Gardens. He had no doubts as "my mind was made up". She "had the reassurance that his parents were on our side and so were my parents. When the folks are all for you, both sides, it makes a difference."

"In the beginning, my mother never wanted me to marry so young. She said, 'The guy is all right, I like him, he is a lovely fellow.' But in her eyes I could wait a little longer, see the world. But I was satisfied," Emma said.

"He was such a nice person. He was not just a boyfriend or a fiancé. He was a friend."

And 52 years and four children - Roger, Anthony, Joan Andrea and Camille (called Lisa) - later, they are even better friends than they were at the beginning of 'happily ever after'. "If you and your spouse are not good friends, it follows you for life and you are miserable," Emma Hutchinson told The Sunday Gleaner.

The Huchinsons on a Caribbean cruise in 1987.

Emma Hutchinson has some calming words at heated moments for younger couples who hope to get to 'happily ever after', or its closest approximation.

"Try to get the facts and do not show that you are angry in the presence of your children. Do not have a fight at the table. Children are not to be around when you are annoyed about some little foolishness. If you let that happen they are going to take sides and there is going to be a division and that sort of thing," she said. "Is not that we don't quarrel or vex. It happens. But we keep it away from them. And they will tell you they never hear us quarrelling."

Achieving that entails a certain adroitness in behaviour. Emma says, "If me and him having a little quarrel or talk and one of them come through the gate, I say, 'G, the children' and everything change." They would ask the children how their day at school had been, urge them to get something to eat and create a welcoming atmosphere. "That time me and him just done war," she said, smiling.

Still, she says, "We never had any big fuss or war. We talk, we argue like human beings."

Gladstone believes it is better for a couple to build resources together than for them to come together when they have already achieved some level of financial success. "Build together is better, because both parties have equal responsibility to build on what they achieve. Both have similar interests. If you marry and the person has a house, they may boast off on you," he said.

Emma agrees and remembers that they lived in Pembroke Hall, St Andrew, for 16 years before moving to their home in Russell Heights, St Andrew. Gladstone says when he reached a certain level in the police force, his rent would have been paid if he chose to relocate. They chose to stay in Pembroke Hall and save, so "when we saw this, we had no problem". That was in 1987.

There was a time before that, when they were living in Falmouth, Trelawny, with work schedules that saw her coming in when he was going out and vice versa. That continued for about two years and, remembering those days, Emma sighs and says, "Poor us. Two young married people. Oh dear." Then she perks up and smiles. "But we overcome that, eh G?" she asks and he agrees.

After 38 years in the Jamaica Constabulary Force, Gladstone Hutchinson retired as a senior superintendent, while Emma still heads out to the Victoria Jubilee Hospital where she coaxes young mothers into breastfeeding.

The Huchinsons when they were married on November 9, 1957.- photos by Ricardo Makyn/ Staff Photographer