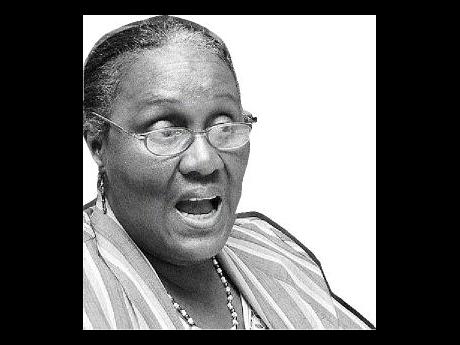 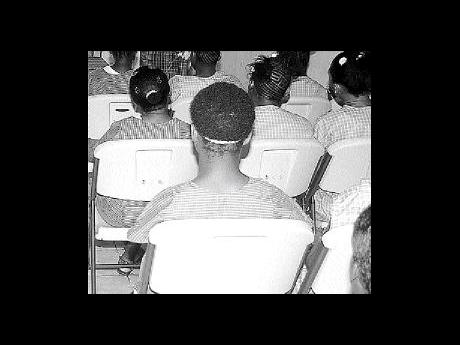 AN ALARMING number of juvenile offenders being held in adult lock-ups for indefinite periods has prompted a full-scale investigation by the Office of the Children's Advocate (OCA) into the infringement of their basic rights. This is a gross violation of sections of the 2004 Child Care and Protection Act.

A shocking report, which details harsh treatment doled out to crime-committing youths, and despicable physical conditions under which they are kept, is to be presented to Parliament on Tuesday, February 16.

"We have not made the results public based on the advice of Justice Henderson Downer, one of our legal officers who cautioned that several persons could have legal action taken against them based on the contents," Children's Advocate Mary Clarke revealed.

Eighty juveniles - 71 boys and nine girls between ages 13 and 17 years old - powerless to protect them-selves, are currently housed in filthy lock-ups across the island while they wait to have their cases brought up in court.

"This is illegal," says Clarke. "While the numbers fluctuate on a daily basis, too many by far are children being held for extended periods without a court hearing. Children on remand should be in remand centres and not lock-ups, and should be separated from children who have received correctional orders, since in our law we are innocent until proven guilty."

The Child Care and Protection Law states that children who are in conflict with the law should not be held for more than 48 hours after being separated from home. They should face the courts, ideally within 24 hours, and then sent to a place of safety or approved facility.

"In many cases that I have investigated, this is not happening," said Courtney Berry, investigating officer at the OCA, who has direct contact with many of these children.

"Most are broken, they are very sad and express the desire to go home. Keeping them in lock-ups, sometimes being locked down for 24 hours, is a clear violation of their basic rights, especially those who are detained because they are deemed 'uncontrollable'," Berry added.

The children's advocate pointed to a number of factors contributing to the lengthy stay - up to a year for some juvenile detainees - behind iron bars.

"This should never be allowed, but the trial process, sometimes it's very long. Many are remanded and they are sent back to the lock-ups until the case is finished. Ideally, they should be sent to a juvenile facility, but there is limited space and lack of capacity. So children are still being kept in lock-ups while they await their court outcomes," Clarke said.

The OCA is currently lobbying Government to retrofit and refurbish the Montpellier facility to properly house juveniles in need of state care and protection.

Clarke cites the absence of parents at the hearings as another reason for the drawn-out court proceedings.

"Parents should be in court. In many instances, the judge will not move the case forward in the absence of the parents or responsible guardian, and keeps remanding the children."

Section 69 (1) of The Child Care and Protection Act states, "When a child is charged with an offence or for any other reason brought before the court, the child's parent or guardian may be required to attend court before which the case is heard ... ."

A cause for concern, said the children's advocate, is the increasing incidence of crime being committed by children.

Data from the Department of Correctional Services show that in 2008, 226 children were admitted into juvenile institutions for criminal offences. The majority - 218 - were males between ages 15 and 17 years old.

Jamaica is not unique in comparison with the global trend. A World Bank report of 2003 stated that adolescents ages 13-19 years old were responsible for a quarter of major crimes worldwide, including armed robbery, assault, rape and murder, with males being the main perpetrators.