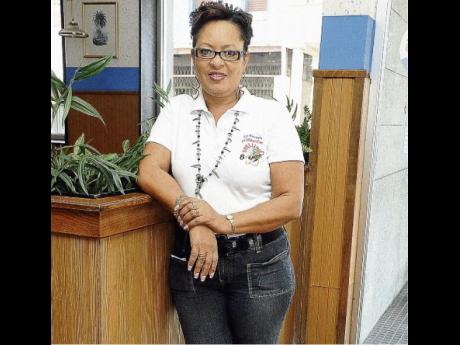 Primrose Swaby is officially 'on a roll'. For the past two years, she has been the champion coach of The Gleaner's Children's Own Spelling Bee winner. The former speller admits that she wasn't sure she would repeat it, and that made this victory even sweeter.

"It feels really good. I've worked so hard, even more than before," she said. She also praised the efforts of her champion student Owayne Rodney, who had been working hard before she became his official coach. For years, her spellers have done well but she could never quite conquer the mountain until last year. Despite the increased fame, she insists she is the same Primrose Swaby everybody knows.

"People will see me and say 'champion coach' and it feels good that people are looking up to me, but I don't let it go to my head," she said. While some coaches are the epitome of cool, Swaby readily admits that she's a worrier.

"I'm always nervous, even at the parish level. It's like when my students are spelling, my heart beats so much faster. Sometimes I just want to go outside."

But her devotion to her charges keeps her rooted.

"I don't want my children to look up and not see me, because it might break their concentration. So I sit and try to look nonchalant ... but it's not easy to do."

However, she told Outlook she wasn't sure about going for three in a row, explaining that after about 30 years with 'the bee', she wondered if she had given enough to her passion.

"I'm not sure," she said, guardedly. "When the time comes, I'll decide. You see, it's a lot of work. You don't have time for yourself and remember, I teach (regular school) as well."

Her immediate focus is on the Scripps National Spelling Bee in Washington, DC, in June. Swaby is already getting started.

"You see the dictionary (Merriam-Webster) they use? We are going to live in that book," she chirped. "We are starting from now." She also vowed to use whatever material The Gleaner usually provides. It will definitely be a team effort.

"The parents will be working with me as well. It is going to be unbelievable; we are taking up the challenge and we're going for it."