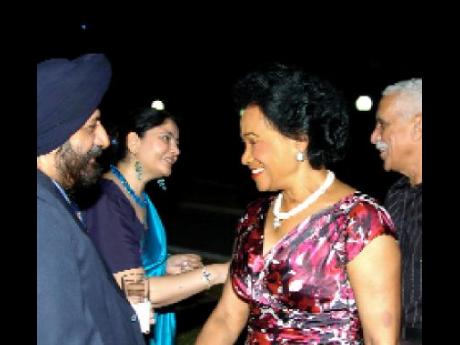 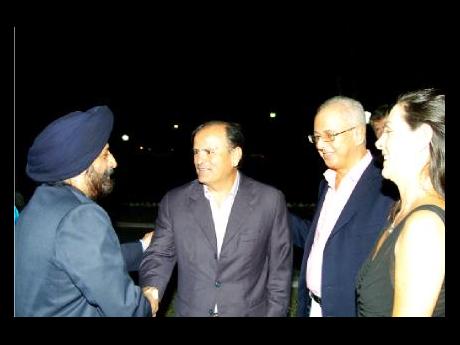 It's been almost 18 months since His Excellency, Mohinder Grover, arrived in Kingston Jamaica, and assumed duties as the Indian high commissioner to the island.

After presenting his credentials, he wasted no time and effort in settling into his job. In doing so he has established himself as one of the foremost diplomats on the island, and one who's admired and respected for his engaging wit and intellect. A 28-year veteran of the Indian foreign service, he is considered by both Indian nationals residing in Jamaica, and by Jamaicans, to be one of the best high commissioners to have served in the island.

Between building bridges of friendship and understanding, as well as greater cooperation between the governments and peoples of his homeland and his host country, Commissioner Grover has found time to fully embrace Jamaica, earning a reputation for being a charming guest, and an even more charming host. His private dinners and cocktail parties have made him one of the most proactive envoys in the island and his soirées are highly regarded as premier social events. His guests have included former Prime Minister P.J. Patterson, the late Professor Rex Nettleford; and a number of leading government ministers and high-ranking officials. And he is equally at home exploring the Jamaican countryside.

A former financial-services executive, it was a desire to serve his country and people in a more meaningful and tangible way that prompted him to embark on a career in the foreign service. A linguist fluent in English, Spanish, Japanese and with some knowledge of Russian, he has served as director general in the Indian foreign office; and has been posted in the Middle East, South Korea, Tokyo, Moscow, London and as his country's joint permanent representative to the United Nations, in Geneva, Switzerland.

On January 26, Indians world-wide commemorated their country's Republic Day. And to mark the occasion here, the commissioner and his wife, Vardeep Kaur, hosted a reception at their official residence on East Kings House Road, and what a reception it proved!

Dears, the evening began with non-alcoholic cocktails on the western lawns of the expansive grounds and gardens of the residence.

Afterwards, guests were invited to join the host and his officers for a multicultural presentation that included Indian traditional folk dances, as well as some contemporary offerings in the Bollywood mode - presented by dancers from the Edna Manley College of the Visual and Performing Arts. Performers were also drawn from the St Andrew Technical High School and received appreciative applause for their effort.

After the entertainment, guests were invited to back to the west lawns for the official invocation by Junior Foreign Minister, Senator Ronald Robinson, who brought greetings on behalf of the Government and people of Jamaica. He was followed by the host, who not only gave a summary of his stewardship of the mission, but also an overview of the Indian diaspora and the continuing contribution of Indians all over to the development of their homeland and the world. Guests were then treated to a fabulous repast!

Dears, it made for a simply marvellous reception, which coincided with Jamaica's annual Diplomatic Week celebrations. The week traditionally involves non-resident envoys visiting the island.