DOCTOR'S ADVICE; He said he loved her ... 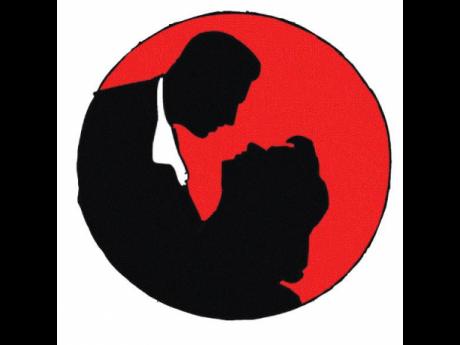 Q Doctor, I need your fatherly advice about a man. I am in my late 20s and I have tried to live a careful life so I have not had a lot of sex.

Recently I met a very attractive man. We went out a few times and when he kissed me it felt so good I began thinking that maybe he was Mr Right.

However, I told him that I did not want to go all the way. He agreed, and I thought that was the end of the matter.

One Saturday night we were at my place talking, cuddling and listening to some music. Suddenly, he told that he loved me. I was so happy. I told him that I loved him too.

He said if we loved each other, it would be OK to have sex. Somehow, I was convinced by that, so we did.

But to my surprise, as soon as he climaxed, he got up, took a shower and went home.

I tried calling him the next day and a woman answered his phone saying she was his wife and he was not home.

Since then, I have not heard from him. I wrote to him, but he has not responded.

What do you think is going on? How could he tell me that he loved me, and then walk out on me?

Do you think he has some sickness that made him lie to me?

A No, I do not. I am afraid that you have learned a tough lesson. There are a lot of men who will say 'I love you' to a woman, simply to persuade her to have sex with them.

In fairness to these men, in the heat of the moment, some of them may actually believe that they love that woman. But that belief tends to disappear as soon as he has managed to seduce her!

In this case, it seems very likely that the woman you spoke to on the phone is telling the truth and is, in fact, his wife. But like a lot of married men who want to 'play around', he did not tell you that he was married.

The fact that he walked out as soon as you had sex and has not contacted you since is a pretty good indication that he does not love you. I doubt that you will hear from him again.

I think that you just have to put this down as an experience and learn what you can from it.

One of those is that a man who says he loves you does not always mean it. Also, in the future try to remember that some men will do almost anything to persuade a woman to have sex with them, and once they have achieved their objective may just walk out.

Many men who appear to be unmarried usually are, in fact, married.

I am sorry this has been a bad experience for you. I hope that in the future things will work out better for you where men are concerned. It might be a good idea to to take a little break from men for a few months until you recover from this disappointment.

Let us hope that you are not pregnant, and that this man has not given you any form of sexually transmitted infection (STI). If you are in any doubt, please consult a doctor.

Q Doctor, a number of persons in our area have had colds and flu recently.

What is the best way to avoid catching these infections?

A When colds and influenza are around, try to limit your contact with other people. If possible, avoid shops, offices, buses and other places where a lot people congregate.

At all cost, stay away from anyone who is coughing or sneezing. If you hear someone sneeze or cough, move away, and put a handkerchief or a thick tissue over your nose and mouth.

Also, a lot of these viruses are spread by touching. So do not touch anyone who has a cold or the flu. That includes shaking hands and giving high-fives.

The germs can be caught by putting your fingers or palms on surfaces that an infected person has recently touched. So beware of placing your hands on objects like keyboards, door handles and rails which have recently been used by other persons.

Q I am a 25-year-old female, and next week I will have a lump removed from my breast.

A At this age the odds are that this lump will not turn out to be cancerous. However, I am sure that you are doing the right thing in having it removed.

Q Doctor, I am a 22-year-old male and have noticed that there is usually some white stuff, like a kind of cheese, under my foreskin.

A This is almost certainly just smegma. Smegma is produced by tiny glands located under the foreskin.

It is not very hygienic because it encourages the growth of germs. So you should take care to wash it away, twice a day.

Q I have read on the Net about female condom. What is this, Doctor?

A Yes, you could. But it would be wise to ask a doctor or nurse to show you how.

The female condom was invented about 25 years ago. It is like a little white bag which the woman puts inside her vagina before sex.

It works pretty well, but you have to be careful to ensure that your partner's organ goes inside the bag. Men sometimes miss it and that can be dangerous.

Unfortunately, the female condom has not become as popular as doctors had hoped. But it might be just the thing for you!

Q My girlfriend took the morning-after pill. Does it work, Doctor?

A Provided she took it within 72 hours after intercourse, it will almost certainly work.

The real name, however, is not the morning-after pill but post-coital pill.

Q Unfortunately, I had sex with my husband's best friend last week. As I did not discharge, can I assume that I will not get pregnant?

A No, I am afraid you are very wrong. Women often become pregnant even if they do not have an orgasm.