The greatness of sport 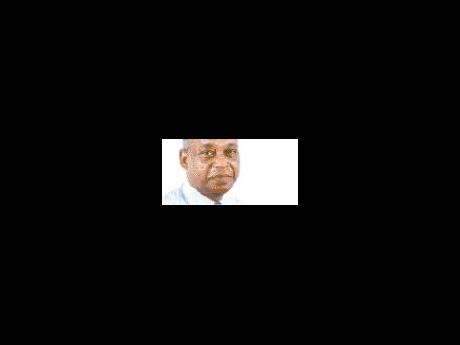 Tony Becca - FROM THE BOUNDARY.

Last Sunday in Miami, the underdogs New Orleans Saints ambushed the favou-rites Indianapolis Colts to win their first Super Bowl in their 43-year history, and the reaction to their victory in the city of New Orleans, in the state of Louisiana, was magnificent.

Based on the odds, the Colts were expected to win, and when they dashed to a 10-0 lead, it seemed all over, bar the shouting.

In a glorious comeback, however, the Saints roared past Peyton Manning and the Colts, and with quarterback Drew Brees in fine form, with Sean Peyton going for broke with an onside kick, and with Tracey Porter grabbing an interception, dodging and weaving and racing 74 yards for a touchdown, they marched to victory and set off a wild celebrations on Bourbon Street.

The impact of the victory, the real greatness of sport, however, hit me last Tuesday evening when the entire city, the entire state, it seemed, came out to celebrate.

In fact, while I sat before the television set watching the spectacle on CNN, tears filled my eyes.

The Mardi Gras-type parade of colourful floats with marching bands and with the players on the floats and throwing Mardi Gras beads to the hundreds of thousands of fans were touching; and so too was the music from the home of music.

The voice of the people, including the dignitaries and the other personalities from the city of dreams, showering praise on the players for their achievement, also provided another moving and touching moment.

For a while I sat there wondering what was happening to me. Surely, as exciting as it was, as historic as the result was, it had nothing to do with a game that was played two days earlier.

It was the emotion of a people from a city, from a state, that had been ravaged and devastated by a hurricane just over four years ago, saying thanks to their team for being a part of them not so much for the years before, but more so, and especially so, for the past four years.

The devastation of 2005 was forgotten - as much as possible, and the people were celebrating. New Orleans, Louisiana, would never ever be the same place again.

That is part of the greatness of sport, and that is why Jamaica should look at sport carefully, and after dealing with its priorities, after taking care, as much as it can, of things like health care, food, housing, education, and security, look after sport.

I was not yet born when George Headley paraded his greatness with the bat, and I was too young to celebrate in 1948 when Arthur Wint won a gold medal at the Olympic Games, when the West Indies defeated England in 1950, and when Jamaica, led by George Rhoden and the 4 x 400 relay team of Wint, Les Laing, Herb McKenley, and Rhoden, supported by McKenley's brilliant finish in the 100 metres, flashed its greatness at the Olympic Games in 1952.

I was old enough, however, to share in the celebration, in the joy, when Collie Smith burst on to the scene in 1955, when Bunny Grant defeated Dave Charnley at the new National Stadium to win the Commonwealth lightweight title, when George Kerr led Mal Spence, Gilwyn Williams and Mel Spence to victory in the 4 x 400 relay at the Central American and Caribbean Games in 1962, and when Dorothy Yates, Carmen Williams, Carmen Smith and Ouida Walker won the women's 4 x 100 relay at the same Games.

I was more than old enough when Lawrence Rowe paraded his class at Sabina Park in 1972 and at Kensington Oval in 174, when Michael Holding blasted the best of England at The Oval in 1976, when Don Quarrie won the 200 gold medal at the Olympic Games in 1976, when Michael McCallum won the first of his world championship belts in 1984 and more so when he knocked out Donald Currie in 1987, when, for many years, Merlene Ottey dazzled the world, and when, in 1998, Jamaica qualified for the World Cup of football.

And there was also that amazing performance, in the same Olympic Games, when three Jamaicans finished in the first three at the Olympic Games - when Shelly-Ann Fraser, Kerron Stewart and Sherone Simpson came in first, second and second in the women's 100 metres.

Those are some of the moments when sportsmen and sportswomen, representing the 'ordinary' people in Jamaica, rose to great heights, made themselves great and made Jamaica proud.

Sometimes, many times, this little country has come to a stop to celebrate some really great achievements of Jamaicans in sport. That has been the impact of sport in Jamaica.