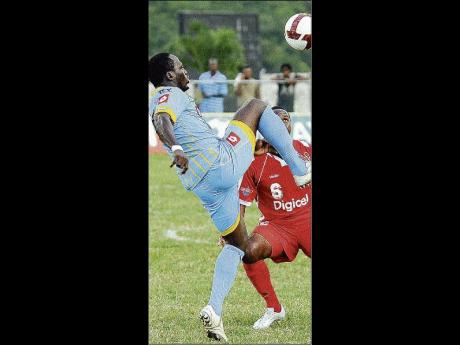 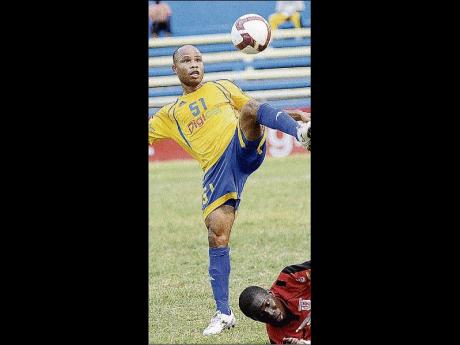 Waterhouse (41) will look to close the gap on leaders Harbour View (48) when both teams clash at the Waterhouse Mini Stadium today at 6 p.m. in the Digicel Premier League.

Harbour View will have the psychological advantage going into the game after Lovel Palmer's well-taken volley ensured a victory for the 'Stars of the East' the last time both teams met during the end-of-second-round final at the National Stadium.

In their other confrontations, both teams traded wins, with Harbour View claiming their first meeting by a 2-0 margin during the early stages of the season before losing the reverse fixture 3-0 in November last year.

Second-place Tivoli Gardens face a tricky encounter as they must travel to long-time rivals Arnett Gardens where they will lock horns at the Anthony Spaulding Sports Complex, starting at 6 p.m.

The 'Junglists' have not managed a win against the defending champions all season after losing 2-1 and drawing 1-1 in their previous encounters with the orange-clad team this season but must find a way to earn a positive result as their miserable run of form has left them rooted at the bottom of the points table on 23. This is a derby match, however, and Arnett will be looking to give their former arch-rivals a torrid time.

In what promises to be another exciting encounter, seventh-place Sporting Central Academy (29) will welcome neighbours Humble Lions (26) at Brancourt at 3 p.m. in the Clarendon derby with just a single place separating both teams.

Boys' Town will continue to push for improvement on their fourth-place league standing when they welcome surprise relegation candidates Portmore United at Collie Smith Drive. The match is expected to get under way at 3:30 p.m.

Portmore United have not won a game since late November 2009 and not even the appointment of successful youth coach Neville 'Bertis' Bell has been able to change the fortunes of the beleaguered team who are currently occupying the 11th spot on the points standing with a meagre 24 points, just one more than cellar dwellers Arnett Gardens.

Sixth-place Rivoli United (29) who sit on the top of a heap that see a mere six points separating themselves from the bottom-place team, will travel to the Elliston Wakeland Centre to battle ninth-place Village (26) at 3:30 p.m.

Meanwhile, August Town, who occupy the 10th position on 25 points, will look to pull themselves away from the drop zone when they contest fifth-place St Georges at the UWI Bowl.