Thomas looking forward to a game a month 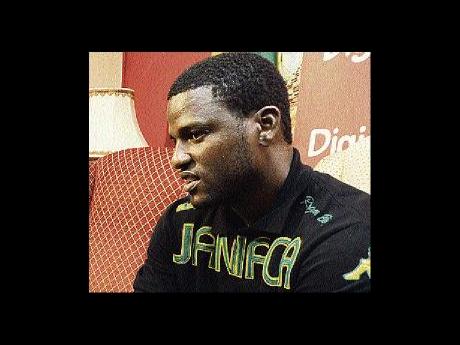 MAR DEL PLATA, Argentina:REGGAE BOYZ captain, Shavar Thomas, is hoping that the Jamaica Football Federation (JFF) is successful in its quest to get a game a month, as it builds towards the 2014 World Cup Finals in Brazil.

"As the federation says it is hoping to do, playing a game a month is very important," noted Thomas after Jamaica lost 2-1 to Argentina, in an international practice match in Mar del Plata, Argentina, last Wednesday night.

The game was the second in almost a fortnight, following the Jamaicans' 1-0 win over Canada at the National Stadium on January 31.

Captain Horace Burrell, the JFF president, has said he will be trying to secure a match for the national senior team every month to fortify its build-up to the 2014 World Cup qualification, which will begin next year.

Jamaica had launched preparations for World Cup eliminations in a similar time span - under a four-year programme - when the team qualified for its only appearance at the quadrennial World Champion-ship. Thomas made mention of that fact, noting the importance of repeating that move this time.

"If you look back at the 1998 campaign when we made it to the World Cup, we played a lot of games," he observed. "The local-based players gained significantly that time and I'm sure this time it'll be a significant task.

"We also won the Best Mover of the Year award," he added of the 1996 achievement in a period when the JFF secured matches against some of the world's top teams and the country made the biggest advance in world football in the FIFA rankings.

"Playing games like these can only benefit us - it gives the players the necessary experience and exposure of playing top-level opponents like Argentina," said Thomas.

"Taking into consideration the result, it teaches us how to manage games and close out matches."

The Reggae Boyz are now ranked 78th - a whopping 70 spots behind Argentina, which have won the World Cup twice. The majority of the players who made the trip to Argentina were local-based and even though the result was satisfactory, Thomas was rueful.

"It's not very easy to accept defeat, I'm not one to accept defeat. This defeat, bearing in mind the opponents that we played and the travel situation, we came up short," he opined. "It (victory) was there for the taking."

Jamaica led 1-0 on a 68th minute Ryan Johnson strike but conceded an equaliser four minutes from time when Martin Palermo scored. In the final seconds of extra time, substitute Ignacio Canuto netted the game-winner from a goalmouth melee.

"Losing is not a positive result, so I can't say it's positive," said Thomas. "I'm not going to say losing 2-1 to Argentina is not a big thing, because we lost. But it is a result we're going to pick up and build from."