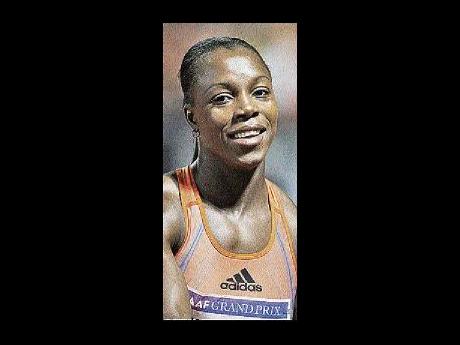 Campbell-Brown, who finished a close second in the event at the Millrose Games in New York last month, clocked a season-best 7.15 seconds to beat Trinidad and Tobago's Kellyann Baptiste who did 7.16. Debbie Ferguson-McKenzie of the The Bahamas was third in 7.24. Aleen Bailey, Campbell-Brown's former training partner, was fifth in 7.30.

National female long jump champion, Jovanee Jarrett, also tuned up for next month's World Indoor Championship in Doha with a season-best 6.44m in her pet event to finish fourth as American Brittney Reese won with 6.63m.

The opening night of competition was highlighted by two world-leading indoor times in the women's and men's 400 metres. In the women's event, Natasha Hasting of the United States clocked 51.67 seconds to top the previous best of 51.85 by Bulgaria's Vernia Stanbolova. In the men's section, the University of Georgia sophomore Terrin Lawrence stopped the clock at 45.03 seconds to go well under the previous best of 45.79, set a week ago by Grenada's World Youth champion Kirani James.