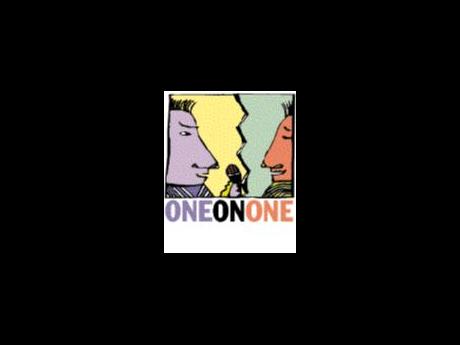 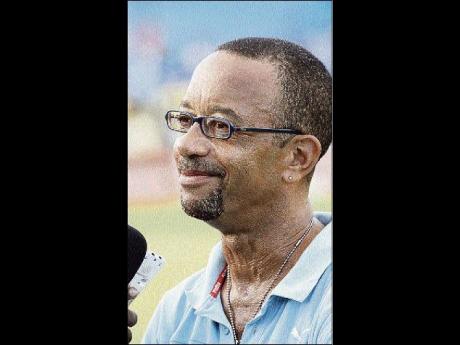 QUESTION: You've made a move to Portmore United. Why?

NEVILLE BELL: I've a couple good friends in the club and they asked me to come and see if I could help, and that's the main reason I've come.

How has the transition been in terms of the set-up, the organisation and approach by Portmore United?

The structure at the club is good, which is another reason why I decided to try it ... . There are very few things I would change, if any at all.

In terms of the players, how has the transition been in dealing with them?

I think there is some kind of respect. It is not lost to them ... I've been in this business for a little while ... so they know about me ... . So that part is not bad. What I want them to do, probably will take a little while. I thought St George's College played really good football (last) year, but they didn't start like that and it took me a couple months to get them to buy into what I was trying to sell. I think these guys are getting there, but I don't think they're there just yet.

What exactly do you want them to do?

(They take) too many touches off the ball. I think it's a Jamaican thing ... . So I'm trying to get them to move the ball quickly. My style is go forward with the ball as quickly as you possibly can.

People around football probably know Neville Bell as a laid-back kind of coach. When you're dealing with people outside of the school system, how does that style work out?

How does that translate when you're dealing with grown men?

You might think that I'm always this laid-back person and my personality is that and that will not change. But I'm a very serious coach ... . One of the other things I've told them, like I tell the schoolboys every match, is enjoy yourself. And when you watch Portmore, sometimes they don't seem to be having fun on the park. It seems like an army drill. And I'm trying to get them to relax.

There's a line though, that you have to make sure that they don't cross?

Do you find yourself second-guessing (the move to Portmore) now, especially after your first game loss (to August Town)?

No. I'm not second-guessing myself at all. I can't lose here. This is a great experience for me and even if the team ends up not doing as well as everyone would want to see them do, I won't leave here as a loser ... I'm under no more pressure than I was when I was at St George's College ... I really want to do well. But, you know, probably this is not about me. This is really about the players. So, I mean, I could leave here and there are better players and we still don't get any further than we are now. So I want the team to do well. And that's a huge challenge for me.

The success at St George's had something to do with you being here and the expectations therefore must be tremendous?

Well, the community. To be fair to the management of the club, they have given me a free run. They've allowed me to do what I want ... I think people are watching to see if I could get the Portmore team to play like what they saw the George's team do. That is a challenge.

Do you have a contract?

No, I don't have a contract.

What is the agreement?

The agreement was that I will take the club and try to help the club, period ... I have no intention to coach at this level for any long period of time ... I want to teach football. I want to be involved in an academy. I don't necessarily want to coach to win a game or a competition for much longer. So, for me to be here next year, if I end up winning the competition and I had a wonderful time, then yes, I'd be willing to look at it again. But I'd have to give up something to stay here.

You came into a situation where Linval Dixon was the coach before ... he is now your assistant. How do you view that kind of relationship, are you comfortable with it?

It is not something I asked for. It is something that I inherited. I've always had a lot of respect for Linval. He's a very quiet, unassuming person. And for him to give up the position, but still wanting to hang around to help was fantastic. So I have even more respect for him. This is my team, and I say that without arrogance. I work with a group ... we are a team.

When you walked in, what was your first impression?

Well, my first impression was how come they're not leading the competition. They must be one of the better teams in the country.

Satisfied with what you saw on the training ground?

I'll answer it this way deliberately, everything wasn't good or they wouldn't have brought me in, you know. So obviously they wanted a change ... But I thought the only thing that wasn't good was they weren't scoring goals.

Portmore tend to send a lot of players overseas. How much of that impacts on what you're trying to do and the consistency and the continuity of the programme here?

I think to try to get employment for young footballers in Jamaica is fantastic ... . It is gonna throw off the rhythm of the team, (but) it's not like they are sending five or six players every week. So you have a squad of 25, 26 players. Sure, if you lose one or two, you should have adequate replacements.

You hear players from other teams, less organised clubs, with constant grouses. The players here, do you see them as being in a comfort zone?

When I just came ... I told everyone, 'You will make the team from what I see in training, not what I knew from last year and what I saw as a commentator' ... I think now they understand that I'm being very serious ... so I think they have bought that aspect of my coaching and I'm now hoping that they will buy the aspect of how I would like to see the team play.

Was it a big job for you in terms of attitude adjustment among the squad when you came in?

No, because at the national level I'd passed through a number of these players before.

Do you see this job as a stepping stone back into the national coaching set-up?

No, no. I'm very clear about that. One of the reasons I gave up coaching at the national level was the travelling. I don't like to travel ... It is my country and I will help in any possible way I can.. ... But I don't want to be travelling all over the world again ... I have absolutely no interest in coaching a national team.