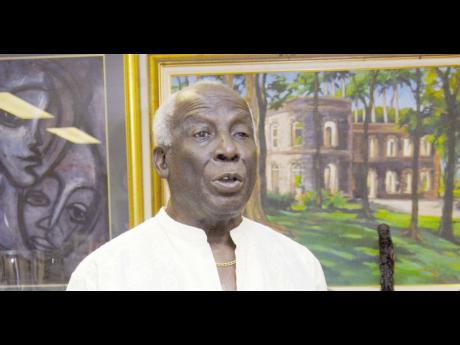 Today marks the last day on which mourners will be able to sign condolence books dedicated to late cultural icon, Professor Rex Nettleford.

One more of these books was added on Friday in the western end of the island - at Cornwall College in St James - to complement the four already opened in the Corporate Area.

The other locations at which persons may sign condolence books are the Institute of Jamaica, the Little Theatre, the Jamaica Conference of Trade Unions and the University of the West Indies.

Books are also available at Jamaican missions and embassies around the world.

Meanwhile, arrangements have been made to accommodate all persons who wish to attend Nettleford's official funeral, which will be held tomorrow at the University Chapel in Mona at 10 a.m.

Chairman of the planning committee for the funeral, Professor Barry Chevannes, told the Jamaica Information Service that persons will either access the campus via the Irvine Hall, main or post office gates.

He added that the general public would be allowed to park by the Taylor Hall playing field, with a shuttle to transport them from there to the chapel.

Only special guests who have tickets and members of the academic faculty will be allowed to enter the chapel.

Chevannes said it was expected that everyone who wishes to attend the funeral will be accommodated, as those who cannot fit inside the chapel will be seated in the Assembly Hall as well as in two tents.

The event will be streamed online on UWI TV (
http://tv.mona.uwi.edu
) and will also be broadcast on the RJR, Television Jamaica and CVM TV.

Because of the anticipated huge turnout and gridlocks, Chevannes said the police would be out in full force to coordinate traffic.

After the funeral, members of the public are invited to a special concert by the National Dance Theatre Company at the Little Theatre at 7 p.m.

Nettleford, who was born on February 3, 1933 in Falmouth, Trelawny, passed away on February 2 at George Washington University Hospital in Washington, DC, in the United States. He was 76.