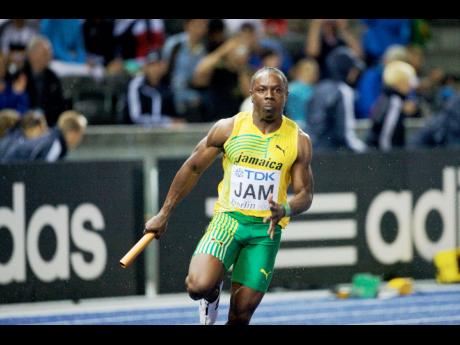 Jamaica's Lerone Clarke continued his impressive build up to next month's World Indoor Track and Field Championships with another brilliant performance over the weekend, at the Erdgas Athletic Meeting in Leipsig, Germany.

Clarke won the men's 60 metres in a new meet record and personal best time of 6.55 seconds.

With just over four weeks to go before the championships in Doha, Clarke who defeated the United States' Mark Jelks (6.58) into second place, continues to be the country's fastest in the event so far this season . He improved on his 6.57 seconds done a week ago in Stuttgart and is now joint fifth on the world list in the event with the United States Travis Padgett.

The country also had another success at the meet through Lacena Golding-Clarke while Shereefa Lloyd had a third-place finish in her event.

Many-time senior representative, Golding-Clarke raced to a season best 7.98 seconds to win the women's 60 metres hurdles ahead of Germany's Carolyn Nytra, who did a personal best of 7.99 seconds and Kellie Wells of the United States who finished third in 8.00 seconds.

Golding-Clarke now joins another veteran, Vonette Dixon, as the fastest Jamaican in the event this season, as Dixon clocked the same time in Stuttgart a week ago.

Lloyd continues her indoor consistency in the 400-metre event as the former Vere Technical athlete clocked 53.40 seconds for her second third-place finish in a week. The event was won by Zuzana Hejnova of the Czech Republic in 53.23 seconds.

The meet was highlighted by a world leading time and a meet record by the the United States' Terrence Tramell in the men's 60 metres hurdles. Tremell clocked a smart 7.43 seconds for the win and took over the number one spot from Cuba's Dayron Robles who did 7.47 seconds in Stuttgart.