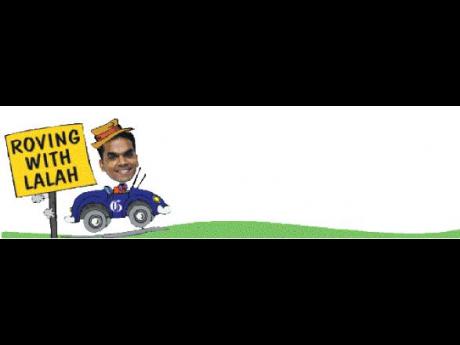 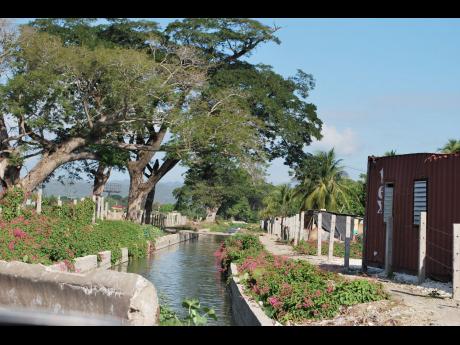 The spot where many in Tawes Pen go to wash clothes and bathe in the mornings. 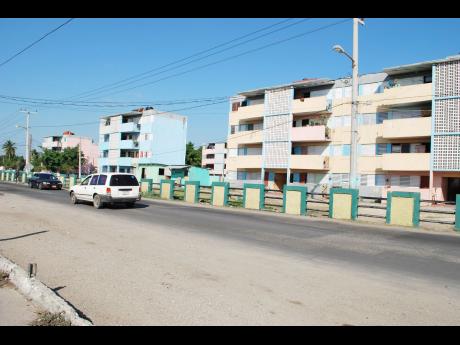 It's close to 10 o'clock Monday morning in Tawes Pen, Spanish Town and Colleen Sheperd is just getting out of bed. Sauntering out of her small home in one of the high-rise buildings for which the area is known, Colleen is an alarming sight. Her hair is a mess, sticking straight up and her nightgown has seen better days, sporting holes in unfortunate places.

"Eh? Who you?" she asked as I said hello. I told her my name and explained that I was spending some time in Tawes Pen to get to know the people and find out what life was like in the community.

The woman rubbed her eyes and looked me over. She told me her name and kept walking. "Mi caan talk to yuh yah now. Mi haffi go wash," she said, and was off.

Standing alone at the entrance to the complex where Colleen and many others lived, I felt a bit uncomfortable. I mean, Tawes Pen isn't exactly known as the tourist capital of Jamaica. Across the road was what was left of a burnt-out gas station. It was destroyed years ago during a mini-riot in the area over something the people of Tawes Pen can hardly recall today.

"Mi nuh too remember pan dat now. Dat ah long time," said Rory, the bottled-water vendor when I asked him earlier about the riot that led to the fall of the gas station.

But back to the situation at hand. Standing, somewhat nervously at the entrance to building, I contemplated my next move. There was graffiti on the walls and something that smelled like bleach mixed with perfume was burning my nose. Loud dancehall music was being played in one of the apartments and a round, muddy hog was sniffing a garbage can outside.

"Yow mi don, yuh lost?" I heard someone say. I turned around to see a shirtless man in jeans and slippers standing right behind me. His hair was high and he had the beginning of a beard. I told him what I was doing in the community and he cleared his throat.

The man told me his name was Jingle and I asked him if he lived there long.

He told me that close to 200 people lived in Tawes Pen and boasted that the area had been virtually crime-free for several months. "Times hard pon everybody and ting. People expect seh Tawes Pen always ah go have crime, but place can change and people get wiser, so people can really watch Tawes Pen and learn bout how fi live wid one another," said Jingle.