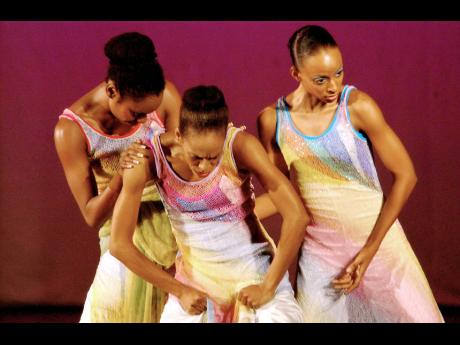 The National Dance Theatre Company's (NDTC) new season will go on as planned in April despite the death of professor Rex Nettleford, its founder and creative force.

Spaulding also told
The Gleaner
that the NDTC's next major assignment is a March 5-7 performance at the Brooklyn College of the Performing Arts in New York City. The group has performed there since the 1990s.

It will also honour its traditional Easter Sunday date at the Little Theatre in St Andrew in April.

Spaulding (then known as Bridgett Casserly) and her sister Maureen were among the NDTC's 16 original dancers. The group was started by Nettleford and Eddy Thomas in September 1962 and made its debut at the Little Theatre.

Nettleford, who was vice-chancellor emeritus at the University of the West Indies (UWI), died February 2 at age 76 in the intensive care unit of George Washington University in Washington, DC.

He suffered a heart attack on January 27 while in the US capital for a fund-raiser for the UWI. At the time of his death, Nettleford was still pivotal to the NDTC as choreographer, artistic director and dancer.

The funeral for Rex Nettleford takes place this morning at the UWI Chapel.